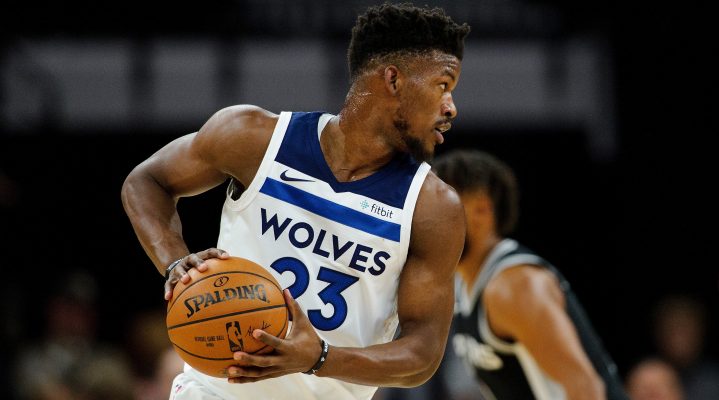 Miami Heat fans may not want to throw in the towel on acquiring All-Star Jimmy Butler just yet.

That’s because Five Reasons Sports Network has recently reported that Miami’s front office and the Minnesota Timberwolves have re-engaged in talks surrounding Butler:

You heard it from @Lefty_Leif and now I’ve heard the same:

The Heat are engaged in Jimmy Butler conversations.

I can confirm that the Heat and Timberwolves have reopened trade talks for Jimmy Butler. First reported by @5ReasonsSports @Lefty_Leif

The Wolves have shown NO movement on the reported Rockets offer from last night.

The Heat organization had seemingly lost all hope after the recent massive offer by the Houston Rockets which includes four first-round picks. But it appears that it is willing to entertain the idea of a trade for Butler once again.

Last week, Miami team president Pat Riley had reportedly “pulled the plug” on any deal with the Timberwolves for Butler. The two sides had come close to making a trade before Minnesota rebuffed the final scenario by requesting for more assets in return.

Minnesota team president and head coach Tom Thibodeau has made it seem after many failed attempts that he’d rather retain the services of Butler for the remainder of this season. No matter how slim the chances, it appears he has plans to salvage the relationship enough to hopefully work out a new contract in the summer of 2019.

Miami’s last reported deal for Butler was said to contain Kelly Olynyk, Josh Richardson, and a first-round draft pick. If Minnesota favors Miami as a suitor simply to keep Butler out of the Western Conference, it could ask Miami to sweeten the deal with a few more picks or a significant player such as Goran Dragic.
[xyz-ihs snippet=”HN-300×250-TextnImage”]