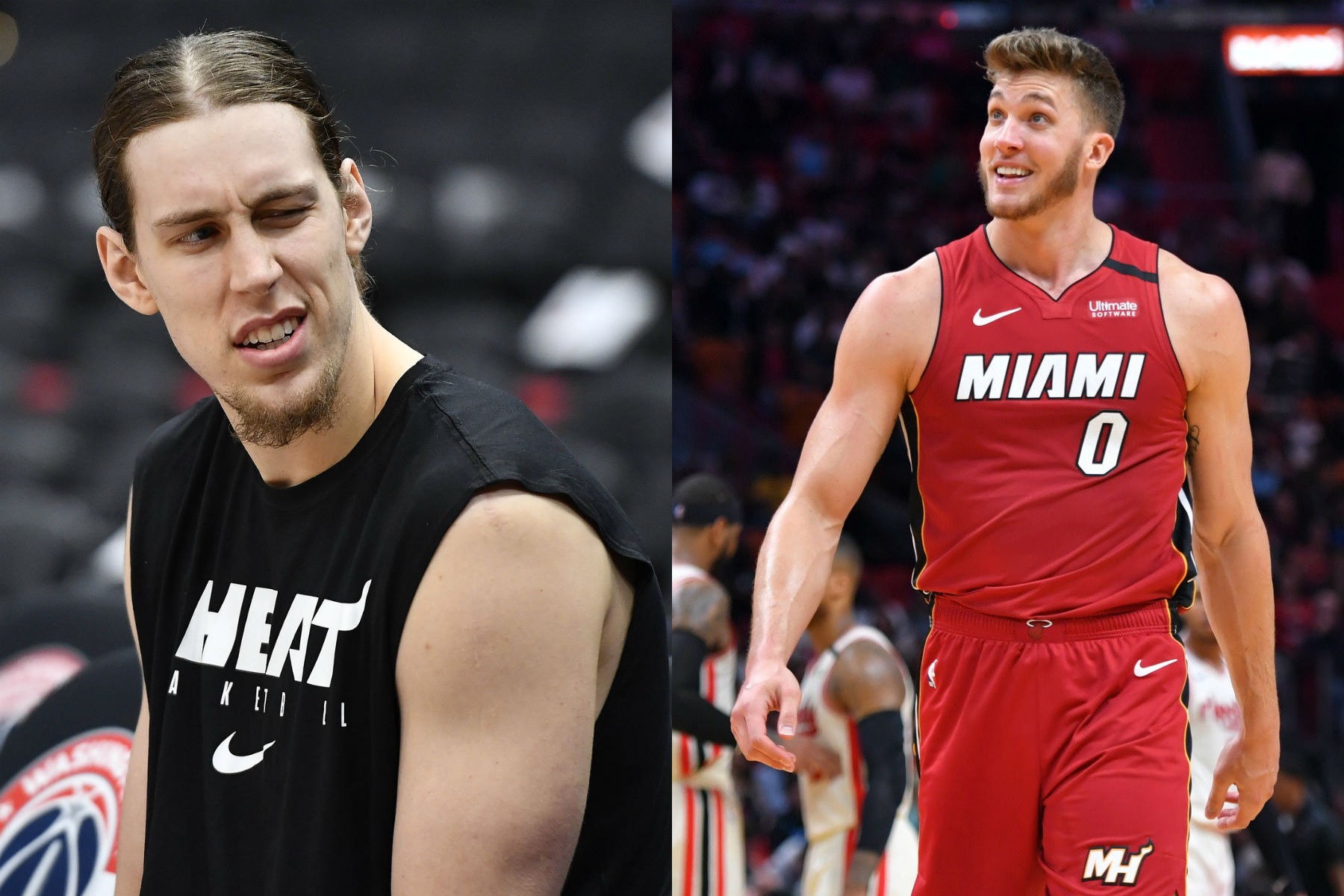 Miami Heat big man Meyers Leonard’s future with the Heat could depend on what veteran Kelly Olynyk does with his player option this offseason, per Ira Winderman of the Sun Sentinel.

“But when you ask about the long view, that’s where it could get tricky,” Winderman wrote. “Kelly holds a $12.6 million player option for next season. Assuming Kelly opts in, it would make it difficult to bring Meyers back at anything close to the $11.3 million he is earning this season. That simply would be too much for what essentially would by a single (albeit split) rotation role. The other option could be finding a taker for Kelly in a trade, considering he would have an expiring contract, and therefore effectively opening a requisite salary slot for Meyers. But the two returning for more than a combined $20 million? That would seem highly unlikely, based on the NBA’s new economics and current playing style.”

Leonard, 28, is in his first season with the Heat.

The Heat acquired the center from the Portland Trail Blazers in a multiteam trade last summer. He is posting 6.1 points and 5.1 boards per game this season.

In addition, he has been a major fan favorite in Miami. The 7-footer has been active in the community, responsive to fans on social media and much more.

As a matter of fact, the Heat are interested in re-signing Leonard this offseason despite him missing 16 games this season due to an ankle injury. However, it appears that move will hinge on Olynyk’s decision.

The 29-year-old Olynyk has a player option for the 2020-21 campaign. On the current season, he is putting up just 7.7 points and 4.4 rebounds per contest.

The Heat’s season resumes on Aug. 1 against the Denver Nuggets.

Featuredkelly olynykmeyers leonardmiami heatNews Ticker
← Previous Story Report: Bam Adebayo and Kendrick Nunn Did Not Travel With Miami Heat for Resumption of NBA Season
Next Story → Report: Jimmy Butler Had Security Sent to His Room Because He Was Doing Hardcore Workout While Quarantined