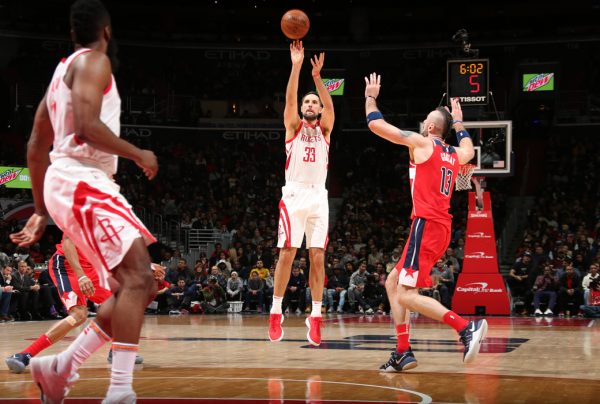 The Miami Heat are not interested in trading for Houston Rockets forward Ryan Anderson, according to Barry Jackson of the Miami Herald.

It had been previously reported that the Rockets were interested in trading Anderson in exchange for either guard Tyler Johnson or forward James Johnson. The idea of Houston adding a first-round pick in order to entice the Heat to accept the deal had also been thrown around.

If the Heat traded Tyler Johnson, who averaged 11.7 points per game last season, and acquired Anderson in return they would be taking on an extra $1.2 million in cap space. Replace Tyler Johnson with James Johnson, who averaged 10.8 points, 4.9 rebounds and 3.8 assists per game last season, and the Heat would then be taking on an additional $5.8 million in salary.

Both of these scenarios would push the Heat even deeper into the luxury tax, which is set at $123.7 million for the 2018-19 season. The Heat, who still have to account for the possible returns of Dwyane Wade and Udonis Haslem, might not want to stay in the luxury tax for a team that isn’t one of the league’s top contenders for the upcoming season. So it is easy to see why they wouldn’t want to acquire Anderson.

Last season, Anderson averaged 9.3 points and 5.0 rebounds per game while shooting 38.6 percent from three. While he would add some depth to the frontcourt as well as some much needed three-point shooting, his price tag (two years and about $41.7 million) might not be worth going deeper into the luxury tax for.
[xyz-ihs snippet=”HN-300×250-TextnImage”]