Report: Bradley Beal Not Likely to Remain on ‘Washington Wizards’ 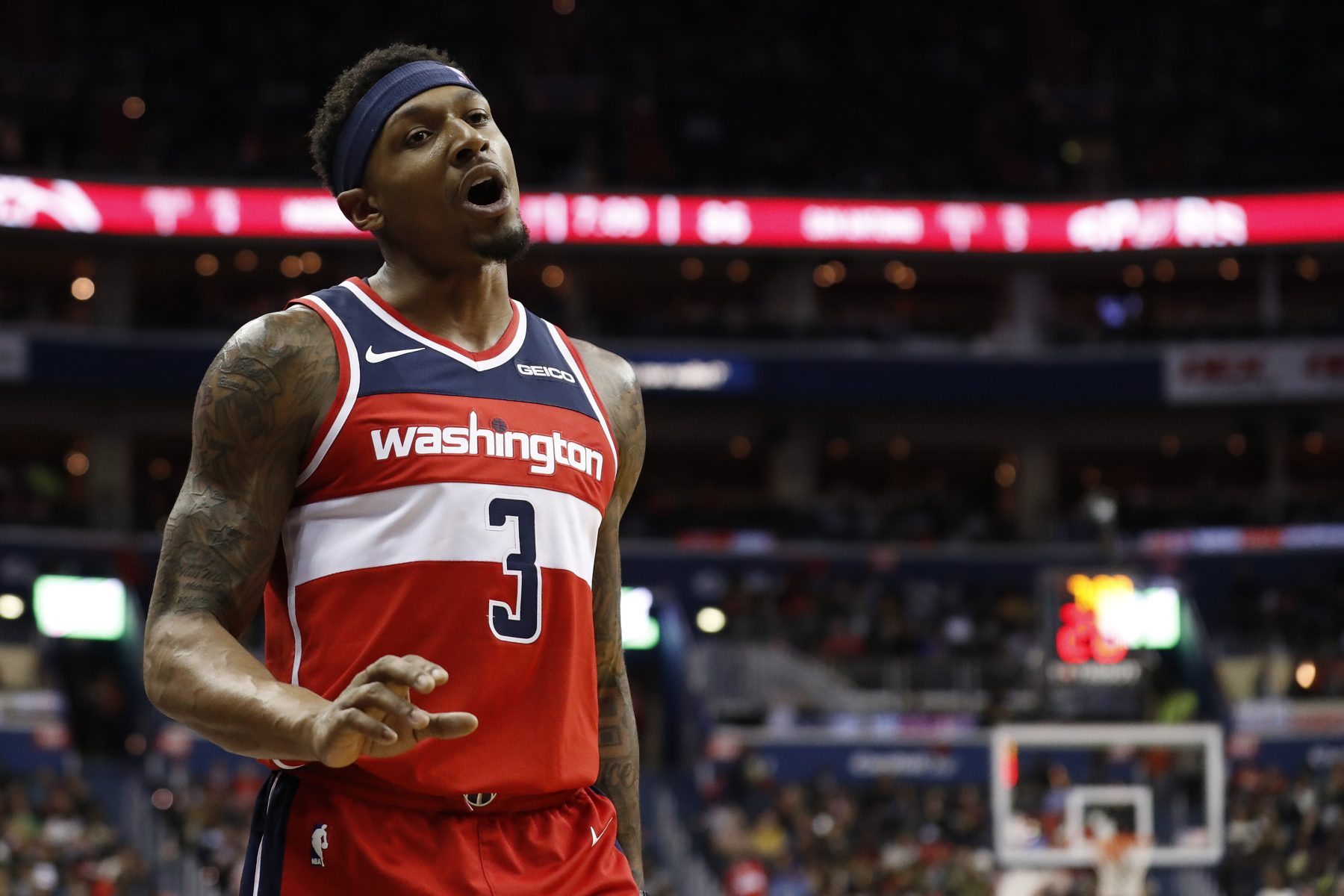 The Miami Heat are looking to quickly rebuild in the aftermath of the retirement of Dwyane Wade, and one potential target could end up being Washington Wizards star guard Bradley Beal.

According to reports from around the league, it’s looking more and more likely that the Wizards will eventually have to trade the two-time All-Star.

Later this month, they can officially offer Beal a contract extension. However, there is no indication that he will accept it, and if he doesn’t, it will likely be tantamount to him being on the move, one way or another.

Beal’s numbers have gradually improved throughout his seven-year NBA career, all of which have been spent in the nation’s capital. This past season, he established career-high averages of 25.6 points, 5.0 rebounds, 5.5 assists and 1.5 steals per game.

Having just turned 26, Beal’s best basketball may still be ahead of him.

The Wizards’ overall situation seems murky, especially after fellow All-Star guard John Wall ruptured his Achilles tendon. With Wall turning 29 later this summer, a true rebuild may be in order for the Wizards.

The Heat have been rumored to be in the market for a second star to team up with new addition Jimmy Butler. They showed serious interest in Russell Westbrook before he was ultimately traded to Houston, and are now reportedly in negotiations with the Oklahoma City Thunder for Chris Paul.

As Beal is much younger and is owed much less money on his contract, he would seem to be a more prudent trade target than the 34-year-old Paul.