Report: Goran Dragic had to hold back Jimmy Butler multiple times during season from fighting other players 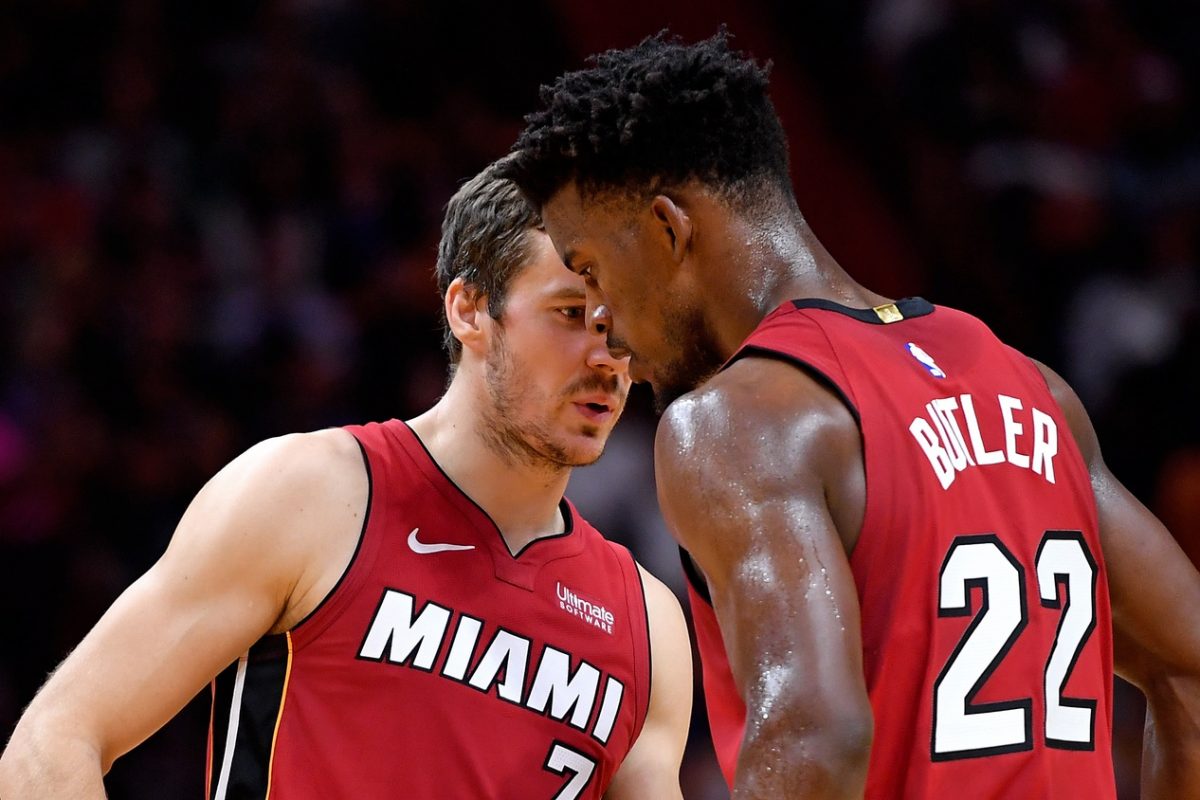 The volatile personality of Miami Heat veteran Jimmy Butler has often been seen during his NBA career, with Heat teammate Goran Dragic saying that he was forced to stop Butler on multiple occasions from engaging in a fight.

Rohan Nadkarni of SI.com offered a profile of Butler which noted how the star’s prickly personality has often rubbed opponents and even teammates the wrong way. Dragic indicated the contrasts in Butler’s personality, which have ranged from potential fights to sensitivity connected to Dragic’s foot injury during the 2020 NBA Finals.

“Dragic, who said multiple times during the season that he had to calm Butler down because he wanted to fight someone, is acutely aware of his teammate’s soft side as well,” Nadkarni wrote.

That injury to Dragic led the frustrated veteran to remain in his hotel room until Butler convinced him to deal with the reality of the situation.

“Jimmy always checked on me,” Dragic says. “After a few days he said, G, that’s enough. Let’s get out of your room, let’s hang out. He was telling me injuries are part of sports. It happens. He’s always such a positive guy. I’m really grateful for him.”

The bond between Dragic and Butler continued during free agency, when Dragic agreed to re-sign with the Heat after Butler jokingly threatened him with violence if he signed elsewhere.

Having established himself with an outstanding performance in the finals, Butler returns for his second season with the team as one of the Heat’s leaders.

For Dragic, who delivered a solid postseason prior to his injury, his strong connection to Butler gives the Heat the type of veteran leadership needed to get back to the finals. The hope is that they can take one more step and capture the franchise’s first NBA championship since 2013.