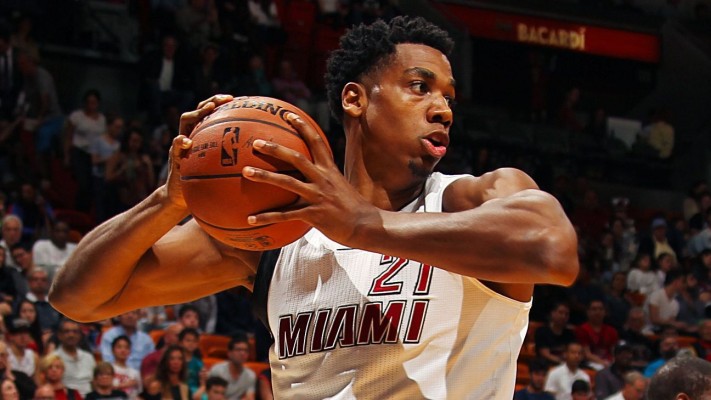 We already knew that the Miami Heat weas going to have to pry Hassan Whiteside away from the hands of many NBA teams during this upcoming free-agency season.

And earlier this week, the Heat were reliving the celebration of its first championship in 2006 against the Dallas Mavericks. However, it seems that Dallas and Miami may be at odds once again — this time in the free-agency market.

According to ESPN, the first of those teams that may be angling at the 7-foot center is rumored to be the Mavericks. They have been told that they will be one of the first teams to sit down with Whiteside when free agency begins.

After finishing the 2015-16 regular season averaging 14.2 points, 11.8 rebounds, and of course 3.7 blocks per game, Whiteside is no longer an unknown prospect. With cap space projected to increase this year, most teams are going to have the cap room to offer him a maximum deal.

“He is our No. 1 priority, period.” Heat president Pat Riley has emphasized.

Even though Riley and the Heat have made it clear they want to bring Whiteside back, the team will have some salary cap issues to work out if they wish to bring back all of last year’s core players like Dwyane Wade and Luol Deng. This will give teams with more cap space like the Portland Trailblazers a chance to offer Whiteside a max deal.

The Heat do not have any significant monetary advantages they can offer the Marshall University product, but as Barry Jackson from the Miami Herald noted, the Heat can offer 7.5 percent raises compared to other team’s 4.5 percent raises.

Whiteside is going to have Mark Cuban and many other owners trying to throw lucrative contracts at him with all sorts of perks. But hopefully, Riley is up for the challenge because retaining Hassan while making the Heat an even better team is going be a momentous challenge.
[xyz-ihs snippet=”Responsive-ImagenText”]