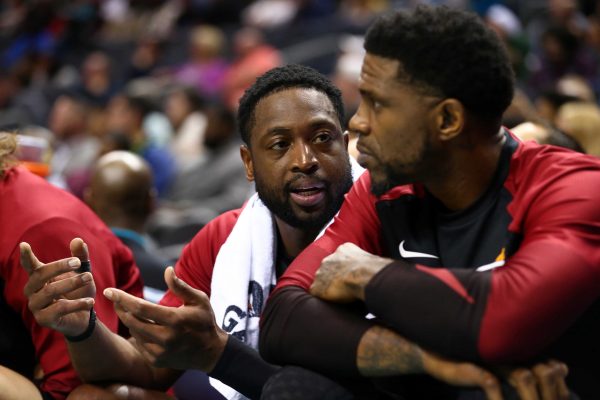 Miami Heat legend Dwyane Wade and his close friend and former teammate Udonis Haslem are being sued by the company Regency Centers.

Ryan Naumann of RadarOnline.com indicated that the website had obtained documents that indicate that Wade, Haslem and Forty Three Enterprises, the company behind their restaurant 800 Degrees Pizzeria, were sued by the landlord for violation of a lease agreement.

The monthly rent on the lease was listed as $14,596.17, but the suit indicated that no payments were made since November 2019.

Over the ensuing months, the unpaid balance totaled $162,838.99. In November of last year, Forty Three Enterprises was given five days to either pay or leave the premises. Neither action took place.

In the case of Wade and Haslem, they had personally guaranteed the lease agreement terms and were sued for $30,000.

Since Wade and Haslem never responded to that lawsuit, the judge allowed the landlord to take control of the premises, which soon led to a confidential settlement being reached.