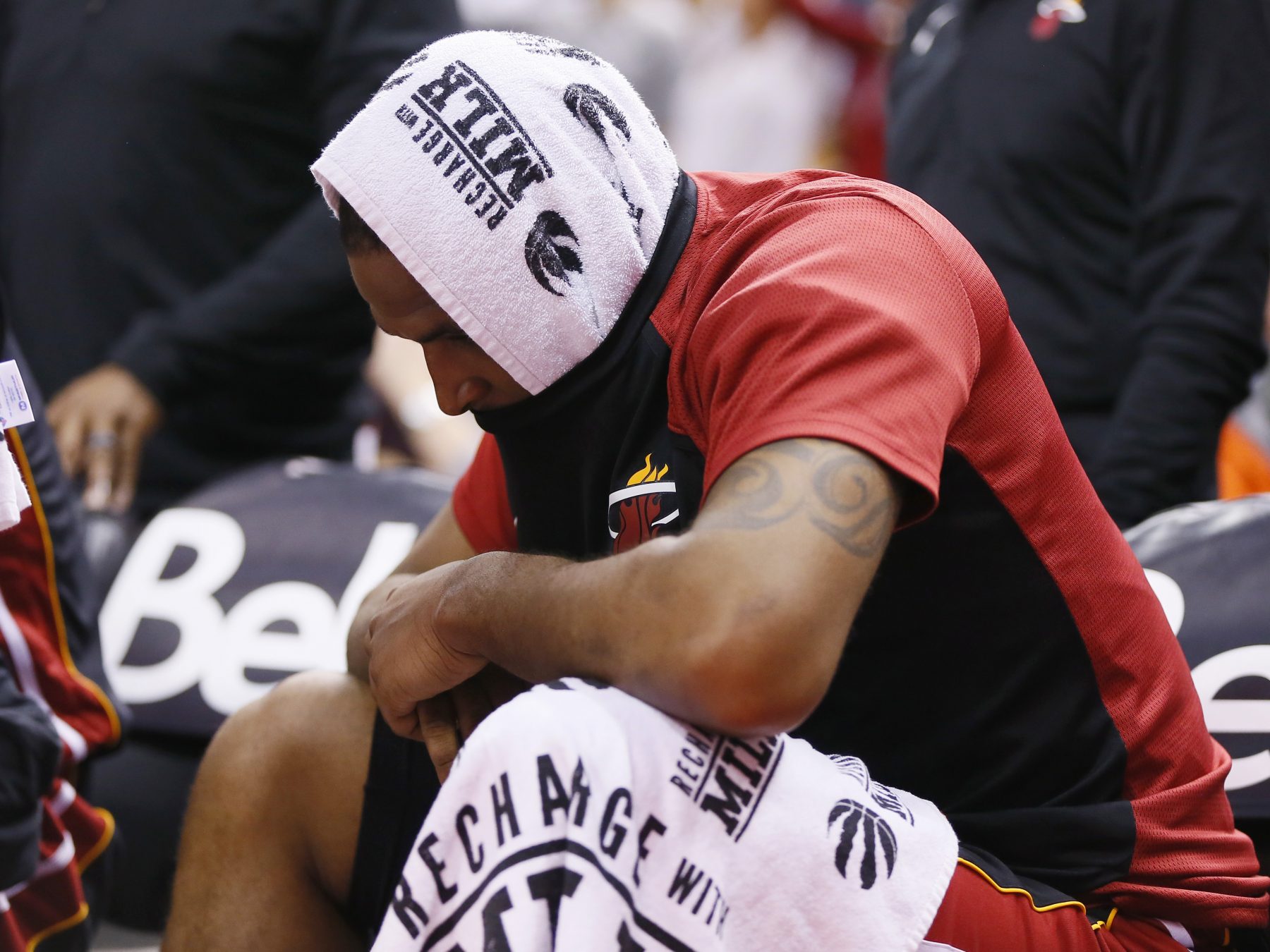 Miami Heat guard Dion Waiters has had about as bad a start to a new season as one can imagine.

After an incident in which Waiters complained about a lack of playing time in the preseason, he was suspended for the first game of the regular season. Since then, it has seemingly only gone downhill for him.

That trend culminated in a scary event on the team’s plane when Waiters reportedly passed out and suffered a seizure upon waking. It is currently believed that the episode occurred because of a panic attack brought on by ingesting THC-infused gummies.

Per a recent report from Ira Winderman of the Sun Sentinel, that event marked a breaking point between Waiters and the Heat that the two parties may not be able to come back from.

“Based on the Heat’s approach to this point, as well as ongoing differences with Waiters regarding the guard’s conditioning, it appears the incident on the team flight was a breaking point,” Winderman wrote.

What this actually means remains to be seen. Multiple reports have indicated that Waiters holds practically no value in the NBA’s trade market. While it’s possible that could change if injuries to valuable players on teams looking to compete occur, it seems as though Waiters’ lack of maturity has dramatically marred the value he holds as a player.

It is also possible that the Heat keep Waiters on the roster and on the bench, though that does provide a certain amount of distraction that a team like the Heat surely do not want to deal with. At 6-3 on the young season, the Heat have shown themselves to be clear favorites to nab a solid playoff seed in the Eastern Conference.

Following the 2019-20 season, Waiters will have one more season on his current contract with the Heat. While it seemed like a worthwhile risk when Miami signed him to a four-year, $52 million contract back in 2016, it is now starting to reveal itself as possibly one of the worst contracts in the NBA.

The only question that remains now is what the Heat plan to do with it.