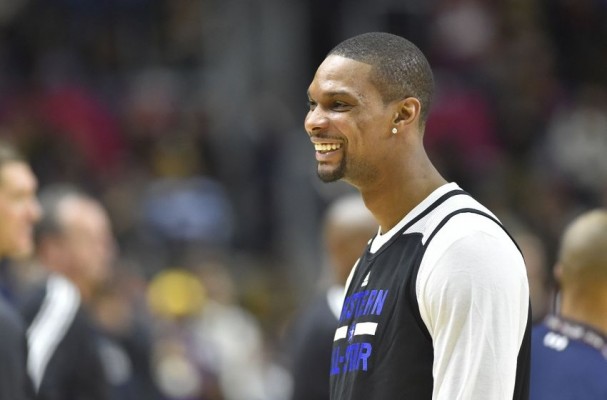 There may be a bright spot in South Florida’s dark sports summer.

According to Michael Wallace of ESPN.com, forward Chris Bosh is hoping to return to the Miami Heat by the time training camp starts:

“A league source told ESPN.com in July that Bosh is preparing to be available when training camp opens on Sept. 27 and expects to be medically cleared to rejoin the team.”

To add more optimism to the situation, the Heat’s highest paid player has been seen going through full workouts via social media. In one of the posts, Bosh lets out some relief:

Although the Heat lost its face of the franchise in Dwyane Wade, and starters Luol Deng and Joe Johnson, Bosh doesn’t seem to care. He looks motivated to get back into action and make the team competitive once again.

If the big man were to play next season, the direction of the team changes in a big way. Although the Heat have Hassan Whiteside and Goran Dragic, the two don’t hold the All-Star resume and leadership quality that Bosh does.

Bosh would, without a doubt, be the leader the Heat need for this young team. The two-time champion has been through it all and still has it in him. Before going down last season, Bosh led the team in scoring with 19.1 points to go along with 7.4 rebounds a game.
[xyz-ihs snippet=”Responsive-ImagenText”]