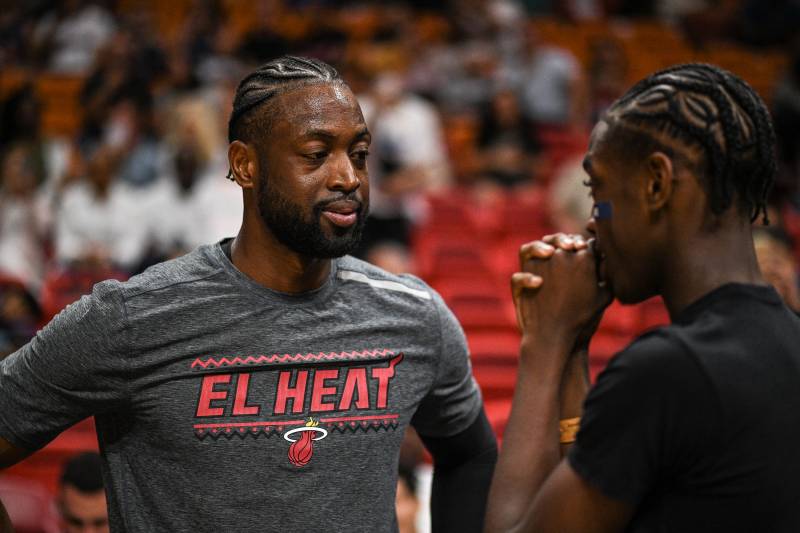 Miami Heat legend Dwyane Wade called it a career back in April, but one NBA insider seems to believe that a return could be in the making.

Chris Haynes recently appeared on an episode of the Scoop B Radio podcast to express his belief.

“I’ll say this: I think if Miami is in contention, and I don’t know that can happen without Chris Paul, but if they are in contention, I can see a scenario where they can lure Dwyane Wade back,” said Haynes. “I think if he did come back, it’d be back in Miami. I think there’s a good chance he would come out of retirement at some point.”

It’s interesting that this prediction not only hinges on the Heat being in serious contention, but also on star point guard Chris Paul ending up in Miami.

A trio of Paul, Jimmy Butler, and Wade would be an incredible combination of veteran leadership, competitive spirit, and playoff experience. The one major question mark facing that group, however, would be whether or not it would have enough left in the tank to make a deep playoff run, or even advance to the NBA Finals.

Wade is currently 37 years old. If he were to make a return, chances are quite good that he would be 38 at the time, as his birthday falls on Jan. 17.

Still, he proved last season that age really can just be a number.

The three-time NBA champ enjoyed a major bounce back from his 2017-18 season and compiled solid averages of 15.0 points, 4.2 assists, and 4.0 rebounds per game. He also managed to serve as a late-game closer for the Heat, proving that he still has what it takes to make big shots when it matters most.

To a certain degree, this prediction seems like little more than a pipe dream at the moment.

Still, if the Heat really do seem capable of competing for a spot in the Finals, there is little doubt that Wade would at least have to consider making an improbable return to the NBA.