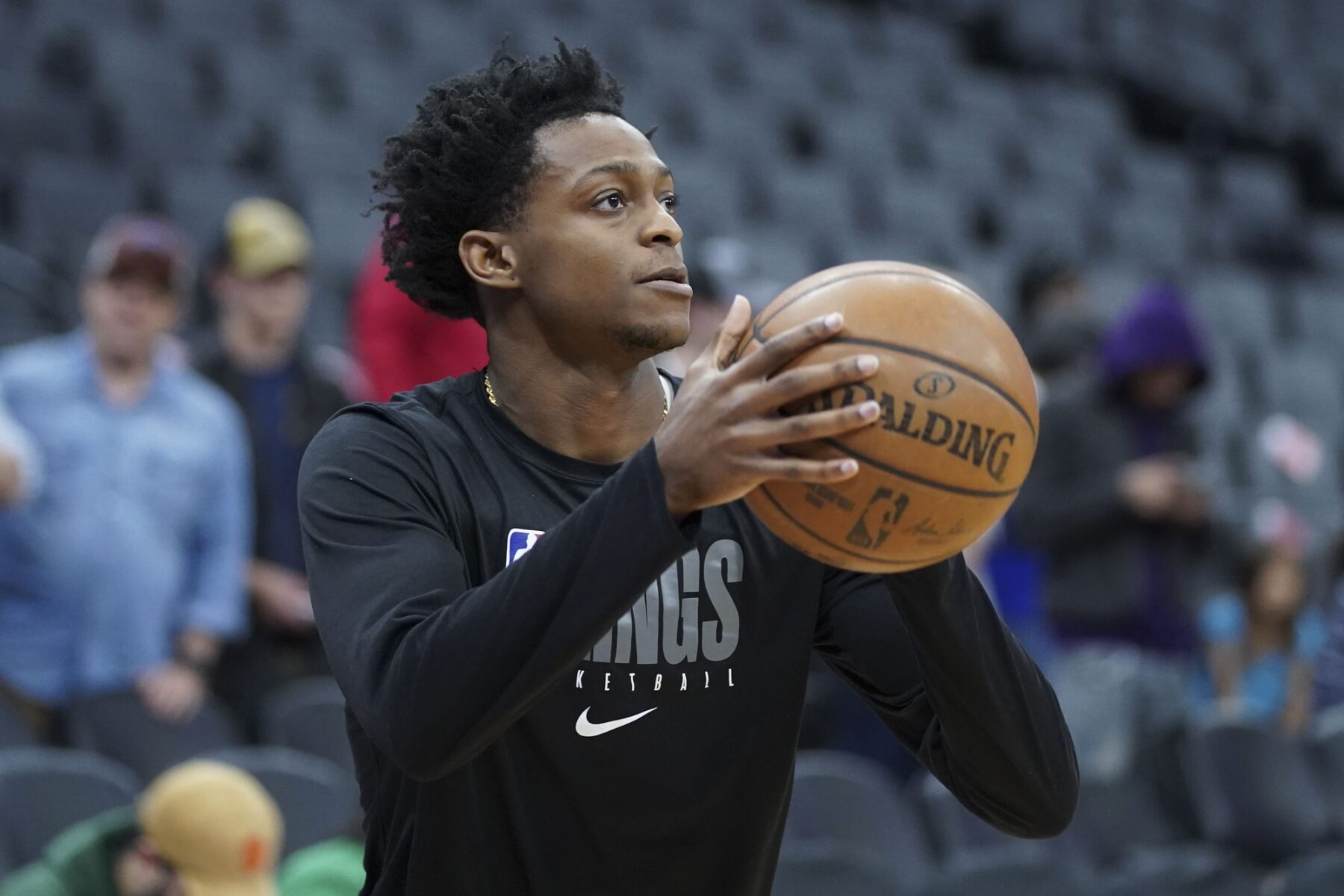 Amidst speculation that superstar forward Giannis Antetokounmpo will soon sign a supermax deal to remain with the Milwaukee Bucks, the Miami Heat can still make a big splash next offseason.

According to the Miami Herald‘s Barry Jackson, Miami still has a real shot of adding a star such as the Sacramento Kings’ De’Aaron Fox after the upcoming NBA season ends.

Even if Giannis doesn't end up in Miami, odds strong that another really good player joins Heat by start of 2021-22. Even more convinced of that after talking to people this week… Kings' Fox could become possibility after this Haliburton pick

Fox, a 6-foot-3 point guard, would be an outstanding addition for the Heat. He’s one of the league’s best young players at his position and is already a borderline All-Star level player.

Fox is a legitimate scoring threat and can pile up assists by hitting the open man, both in transition and in the open court.

Moving forward, the point guard spot may be the Heat’s biggest need. Incumbent starter Goran Dragic is a free agent, and at age 34, he’s coming off a plantar fascia injury he sustained in the NBA Finals.

de'aaron foxFeaturedmiami heatNews Ticker
← Previous Story Report: Kendrick Nunn has been told there’s a chance he gets moved tonight
Next Story → Report: There were whispers of a 3-way deal involving Kyrie Irving and the Miami Heat