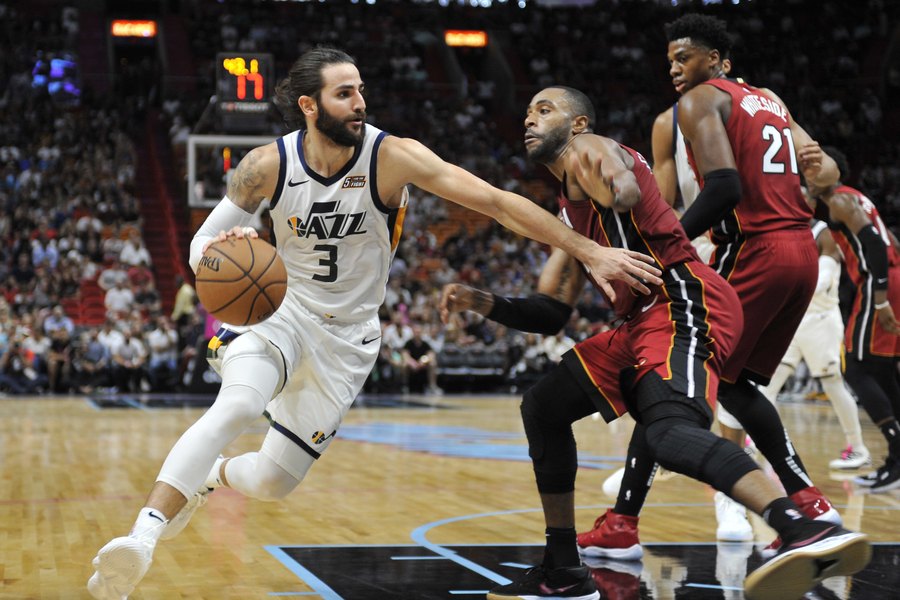 The Miami Heat had a relatively silent trade deadline.

Miami made just one move, sending Tyler Johnson and Wayne Ellington to the Phoenix Suns in exchange for Ryan Anderson, a swap that saved the Heat a decent chunk of change.

But according to reports, the Heat were very close to swinging a much bigger deal, which would have involved the Utah Jazz.

Heat got close to one w/ Utah. Would have been significant.

Didn’t even get all the way out of the tax though. Kept THIS together. Ugh

Only positive is some of the backcourt logjam has been cleared.

While that tweet doesn’t specificy what significant trade nearly went down, the same reporter had mentioned discussions between the Heat and Jazz that were centered around swapping Goran Dragic and Ricky Rubio. But ultimately, nothing happened on that front and both teams hung on to their starting point guards.

The trade deadline ended up featuring a lot of interesting and exciting transactions across the league, but it was relatively quiet for Miami. Heat fans wanting to see this 25-27 team make notable changes will have to wait until the offseason.

For now, the team will proceed with a roster that’s very similar to the one that started the season, and hope they can stay in the playoff picture.
[xyz-ihs snippet=”HN-300×250-TextnImage”]