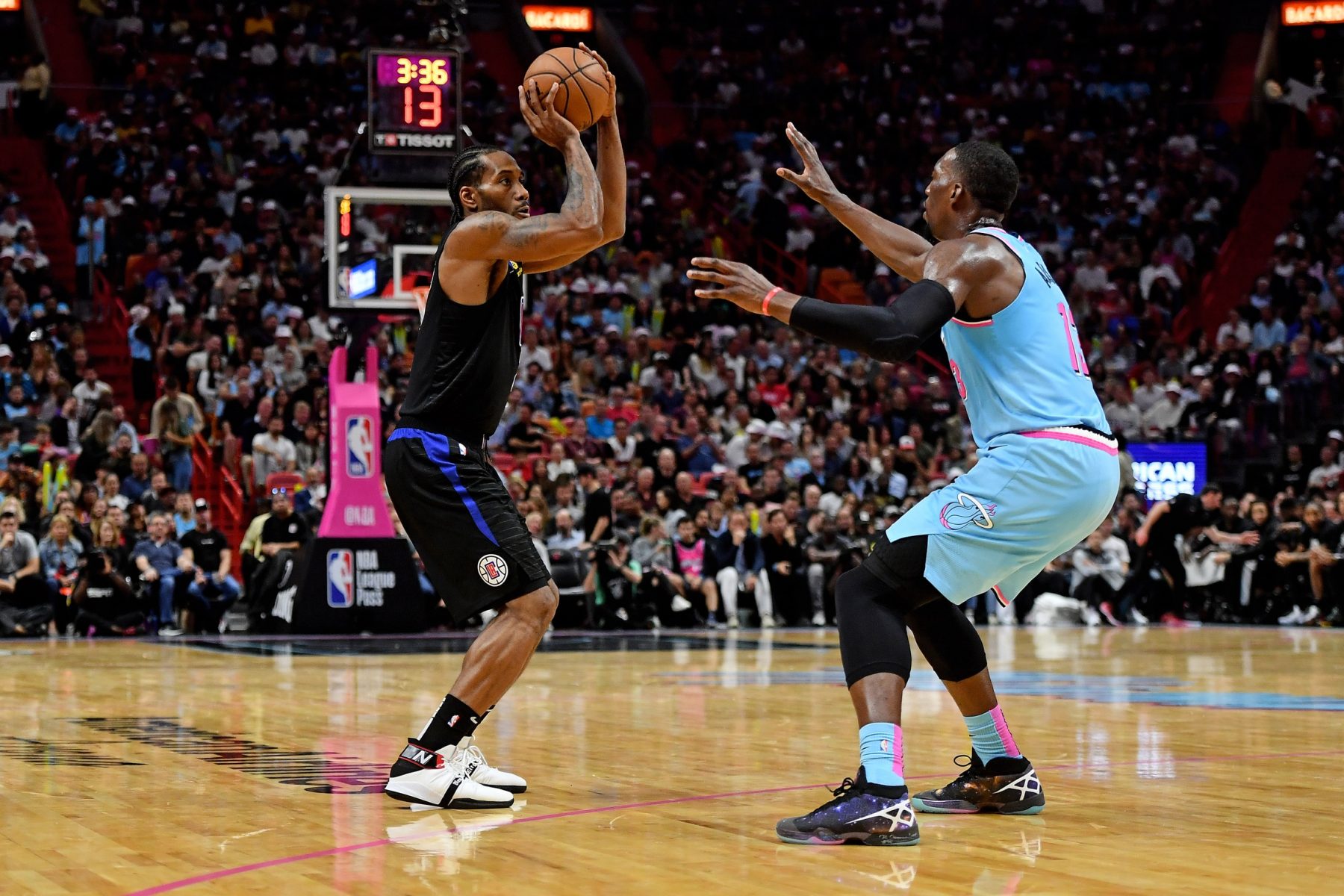 Miami Heat center Bam Adebayo’s name has been mentioned in previous trade discussions during his time with the team, with one new report indicating that he was offered in the Heat’s attempt to obtain Kawhi Leonard back in 2018.

The only team that I heard had a shot at Bam from the Heat was San Antonio.

In a deal for Kawhi before the trade to Toronto.

There’s no indication exactly how much more the Heat would have needed to add to the potential transaction, but the cost to acquire a standout player like Leonard would have undoubtedly been steep.

At the time of those apparent discussions, Leonard and the Spurs were at odds and the veteran was coming off an injury-plagued 2017-18 campaign that had limited him to just nine regular season games.

Adebayo was still an unknown quantity with the Heat, averaging just 6.9 points, 5.5 rebounds and 1.5 assists per game during his rookie season. However, he was set to turn 21 years old in July 2018 and still possessed plenty of potential for the future as the 14th overall pick in the 2017 draft.

Ultimately, Leonard was dealt to the Toronto Raptors. He led them to an NBA title in June 2019. Just weeks later, Leonard left in free agency to sign a contract with the Los Angeles Clippers, his current team.

During the 2019-20 regular season, Adebayo blossomed into a key player in the Heat lineup, averaging 15.9 points, 10.2 rebounds and 5.1 assists per game. He also earned a spot in the NBA All-Star Game for the first time in his careeer.

Now, Adebayo is playing a central role as the Heat look to continue their postseason success. After sweeping the Indiana Pacers in the first round, they currently hold a 1-0 advantage over the Milwaukee Bucks, with Game 2 set for Wednesday night.