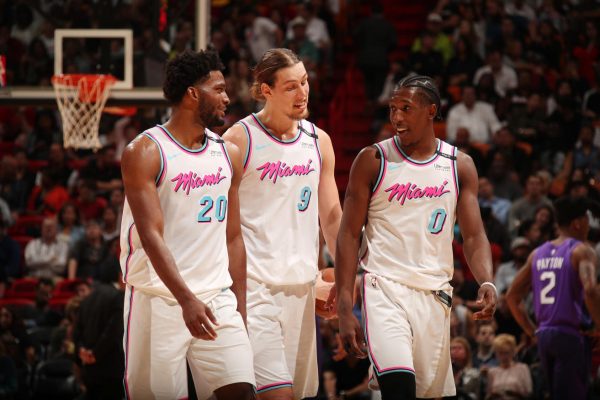 The trade talks between the Miami Heat and Minnesota Timberwolves regarding All-Star small forward Jimmy Butler have stalled once again.

Considering the way the last three weeks have gone, another breakdown of talks may not be so surprising to fans.

What is surprising is the news that the Timberwolves rejected a trade offer that should have gotten the deal done. Back in late September, it was reported that the Wolves were looking for stars, starters, and draft picks in return for their disgruntled star.

According to a recent report by New York Times writer Marc Stein, the Heat were willing to part ways with one of their budding young stars and a valuable draft pick to acquire Butler:

“That the talks collapsed twice in such a short span should be surprising to no one who has followed the Wolves throughout Taylor’s quarter-century of ownership. The same Taylor who held onto Kevin Garnett and then-General Manager Kevin McHale for too long. Who allowed himself to be talked into hiring the thoroughly ill-prepared David Kahn as McHale’s replacement. Who could have escaped his Butler nightmare by accepting a package from Miami that would have been headlined by the promising Heat swingman Josh Richardson and a protected first-round pick.”

Stein went on to offer some context into the Heat’s offer, saying that it probably ranks amongst the best offer the Wolves could expect to receive given the fact that Butler has stated his strong desire to be traded:

“Minnesota really can’t hope to do better under these dire circumstances, which stem from Butler’s declaration just days before training camp that he would not be re-signing with the Wolves in July as a free agent.”

It seems that Minnesota is either looking for a blockbuster offer that may never come or are hopeful that if Butler does end up playing the 2018-19 season for the Wolves, he will have a change of heart and agree to re-sign next offseason.

Either way, it seems as though the Heat are nearing the end of their rope when it comes to dealing with the dysfunctional front office in Minnesota.

What that means for Butler’s future remains to be seen.
[xyz-ihs snippet=”HN-300×250-TextnImage”]