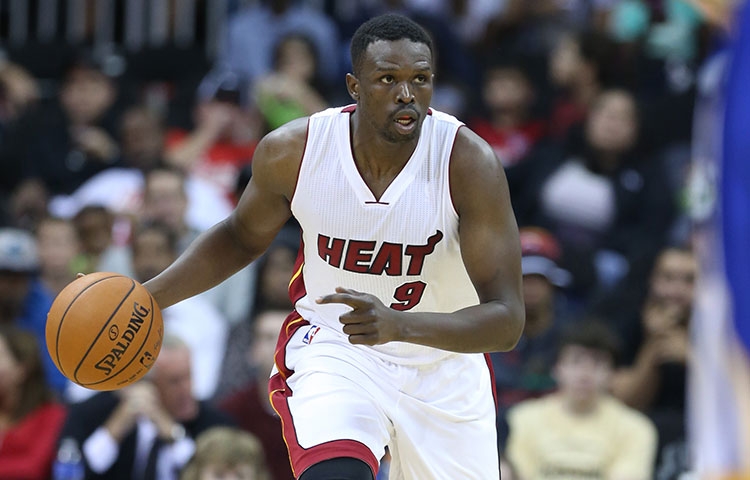 It would appear the Miami Heat will be active leading up to the trade deadline.

With a record of just 15-20, the Heat look to be sellers leading up to the February 19 trade deadline, as small forward Luol Deng looks to be a potential trade piece for playoff contenders. One such contender, the Memphis Grizzlies, are interested in acquiring Deng along with the Boston Celtics’ Jeff Green, in an effort to bolster their wing rotation.

It is still unclear how determined the Heat are to get rid of Deng, who is not even halfway through a two-year, $19.9 million contract he signed in July after LeBron James bolted the franchise for the Cleveland Cavaliers.

Heat president Pat Riley stated during the signing of Deng that it “is one of the most important free agent signings that we have ever had in the history of the franchise.”

If the Heat are to rid themselves of Deng, it would likely be for future draft compensation or trade assets.

While the veteran small forward does rank third on the team with 14.3 points per game and is shooting a scorching 50.6 percent from the field, the team has struggled mightily over the past month of the season—Miami is just 6-13 since the beginning of December.

Leading into their five-game Western Conference road trip beginning on Thursday night at the Portland Trail Blazers, the Heat are just two games ahead of the Celtics and Indiana Pacers for the eighth and final playoff spot.

The Grizzlies on the other hand, are looking to gain traction at the top of the Western Conference. Other West contenders such as the Dallas Mavericks (Rajon Rondo) and the Houston Rockets (Josh Smith and Corey Brewer) have bolstered their rotations midway through the season.