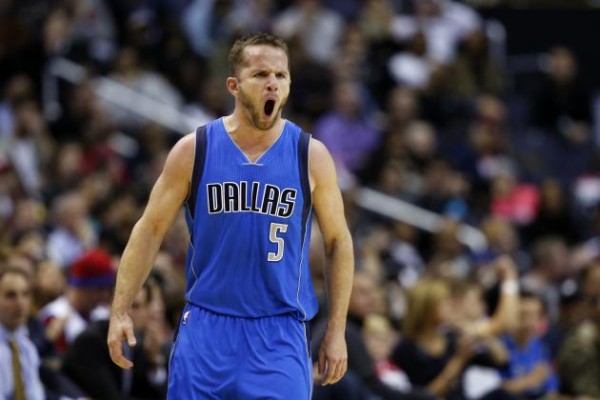 The Miami Heat appear to be close to making their first addition of free agency.

Am told that Mavericks free agent guard J.J. Barea is leaning toward taking a deal with the Heat.

This is coming off of reports that the Heat were interested in the 31-year-old guard. The only way Miami can sign Barea is either by offering him the exception ($3.4 million) or giving him the veteran’s minimum.

The Heat’s interest in Barea is a bit surprising considering the team is already loaded on depth at the guard positions. Goran Dragic, Tyler Johnson, Mario Chalmers and Shabazz Napier are all currently on the roster. Dwyane Wade could very well likely be back, and 2015 second-round draft choice Josh Richardson will be given an opportunity to crack the roster.

What this more than likely means is that the Heat are seriously shopping around Chalmers. It had been reported about a week prior that ‘Rio was on the trading block in an effort to clear up cap space for re-signing Wade.

Regardless, it would appear the Heat and Barea have serious mutual interest in one another and that a signing seems imminent.
[xyz-ihs snippet=”Responsive-Ad”]