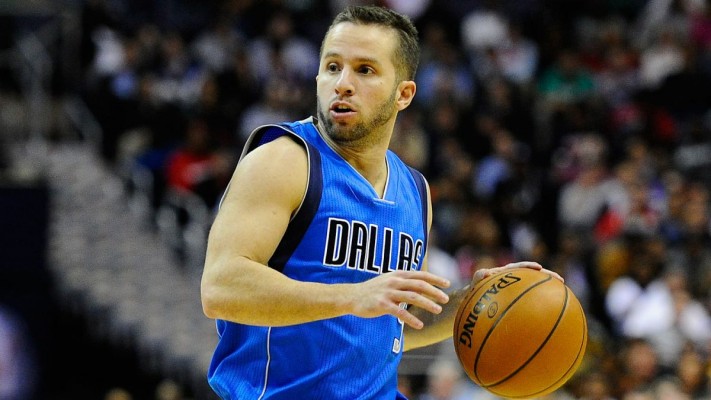 While the Miami Heat may be zoned in on re-signing Dwyane Wade, it appears their first target in free agency will be an old rival.

J.J. Barea, the point guard who was instrumental in the Dallas Mavericks’ 4-2 series defeat of the Heat in the 2011 NBA Finals, appears to be on Miami’s radar. According to ESPN Dallas reporter Tim MacMahon, the Heat are one of four teams that are showing an interest in signing the speedy guard:

Source says Heat, Bulls, Lakers and Mavs among teams with interest in JJ Barea. Hear he wants multiyear deal in $3M per range.

Though Barea is 31 years of age, he still remains an effective scoring option in short spurts. He averaged 7.5 points per game in just 17.7 minutes per contest last season. However, he is most famously known for his role in slowing down LeBron James on defense during the 2011 Finals despite James’ eight-inch, 90-pound size advantage over the diminutive Barea. The Puerto Rican point guard is listed at just 6-feet and 175 pounds.

The pairing between the Heat and Barea would be an odd one considering Mario Chalmers and Shabazz Napier are under contract for next season. Goran Dragic will also likely be back in Miami next year despite becoming a free agent on July 1.

Having said that, the Heat are in desperate need of scoring off the bench. They were one of the worst teams in the league in offensive output from bench players. Barea would provide an offensive spark as a specialty bench player.

As the free agency period officially begins on Wednesday, we’ll see just how serious the Heat are in signing the nine-year guard.
[xyz-ihs snippet=”Responsive-Ad”]