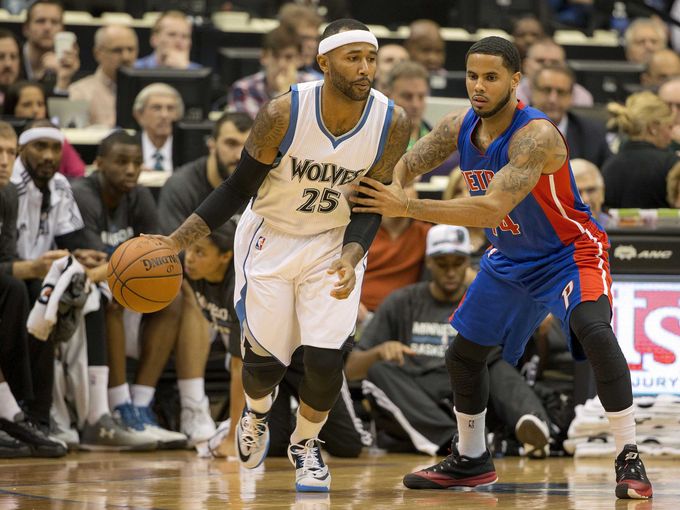 It would appear Mo Williams is once again on the Miami Heat’s radar.

Just days after Dwyane Wade suffered another setback to his right hamstring injury, Darren Wolfson of the ESPN radio affiliate 1500 Twin Cities, reports that the Heat are among several teams interested in trading for the Minnesota Timberwolves guard.

Teams to watch on the Mo Williams front: Cavs, Clippers, and Heat. Small chance Detroit. Nothing imminent. #Twolves return will be minimal.

Williams’ contract with the T-Wolves expires after this season. The reason for Minnesota’s willingness to unload the veteran shooting guard is due to the fact there is little chance he’ll return to the team next season. The T-Wolves want to continue to reload on draft picks considering they’re the worst team in the Western Conference this season (8-37).

The Heat’s interest in Williams is understandable—it was reported that Wade will likely be out for at least two-to-three weeks due to the injury. Miami is in the midst of a playoff push as they are just two games ahead of the ninth-seeded Brooklyn Nets for a playoff spot.

This does not mark the first time Pat Riley has made a run at the 32-year-old guard. During the summer of 2013, the Heat made a strong pitch to Williams, who was a free agent at the time. In the end, the guard signed with the Portland Trail Blazers.

The 12-year veteran is averaging 12.5 points and 6.4 assists per game this season. Considering the Heat’s depth at guard now consists of Norris Cole, Mario Chalmers, Shabazz Napier and Tyler Johnson, Miami is in desperate need of an impact player along the perimeter.
[xyz-ihs snippet=”Responsive-Ad”]