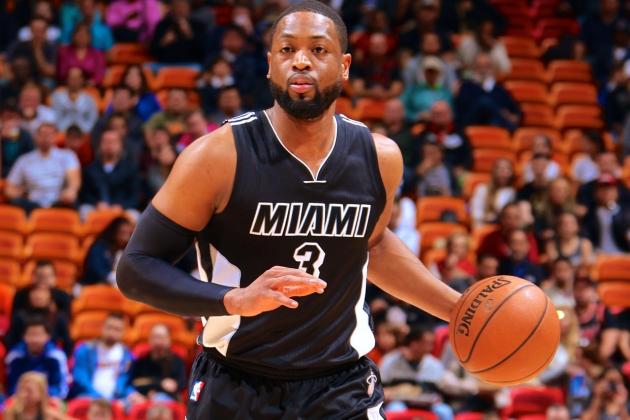 The bad news just got worse. Shooting guard Dwyane Wade, who strained his hamstring on January 27 against the Milwaukee Bucks, is expected to miss two to three weeks of action at best according to Joseph Goodman of the Miami Herald.

This means that Wade would miss the All-Star game if he is picked as a reserve and would also miss the Heat’s road game against former teammate LeBron James and the Cleveland Cavaliers on February 11.

“I won’t be seeing y’all for a little while, so take a good look at this face,” said Wade on Tuesday at American Airlines Arena. “This is obviously a totally different injury in the belly of the hamstring so it’s a little tougher one.”

Wade has already missed 10 of the Heat’s 45 games this season so far as his offense will be sorely missed in the coming weeks. To make matters worse, Miami will also be without Luol Deng tomorrow against the Dallas Mavericks as he is still dealing with a sore calf.
[xyz-ihs snippet=”Responsive-Ad”]