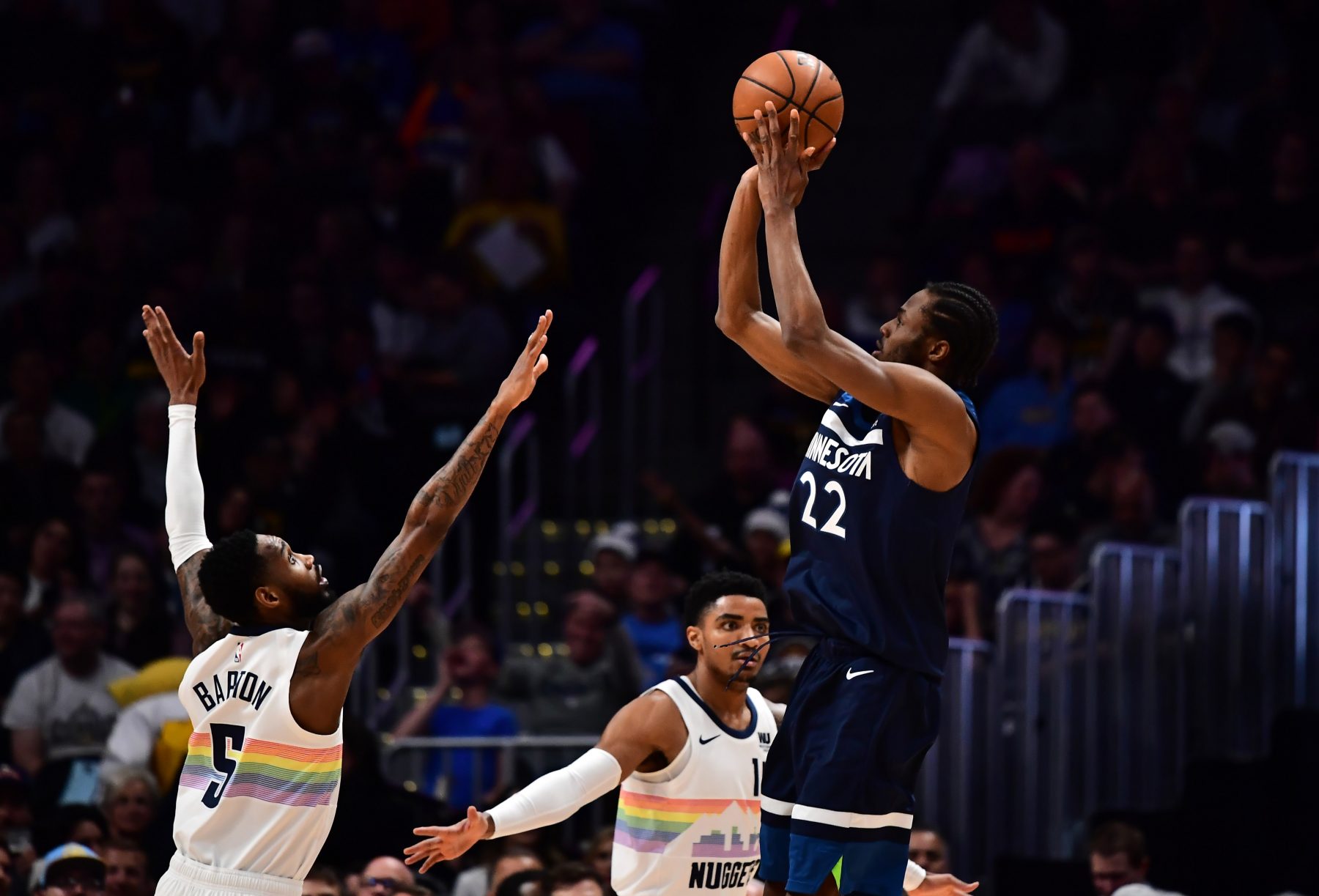 The Miami Heat are reportedly one of the teams that have shown interest in trading for Minnesota Timberwolves forward Andrew Wiggins.

Wiggins is coming off a season in which he averaged 18.1 points, 4.8 rebounds, and 2.5 assists per game while shooting 41.2 percent from the field and 33.9 percent from three.

Although the 24-year-old has shown flashes of superstar potential throughout his career, having averaged 20-plus points per game in two separate seasons, the Heat would lose valuable future cap space if they acquired Wiggins.

The University of Kansas product has four years and around $122.2 million left on his current contract, which would expire after the 2022-23 season, where he would make about $33.6 million.

A potential trade could involve sending James Johnson and Dion Waiters to the Timberwolves in exchange for Wiggins, but the issue with that would be that Miami would then be spending more money this season and be adding two more years of salary.

Johnson’s and Waiters’ deal both expire after the 2020-21 season, although Johnson’s deal could come off the books next offseason, since he holds a player option.

Since being selected first overall in the 2014 NBA Draft, Wiggins has played five seasons in the NBA and has averaged 19.4 points, 4.3 rebounds and 2.2 assists per game. The Canadian was named Rookie of the Year back in 2015.
[xyz-ihs snippet=”HN-300×250-TextnImage”]