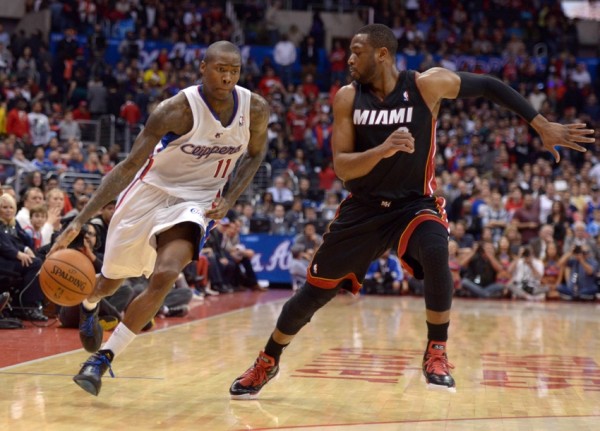 Jamal Crawford is hitting the free-agent market on Friday, and the Miami Heat could be one of the teams interested in signing him.

According to Dan Woike of The Orange County Register, Crawford is expected to receive interest from many teams including the New York Knicks, Toronto Raptors, Dallas Mavericks, Orlando Magic, Brooklyn Nets, and Heat.

Crawford won his third Sixth Man of the Year award this past season with the Los Angeles Clippers and played a huge role in their short, but hard-fought playoff run. Jamal has definitely enjoyed his success with the Clippers and head coach Doc Rivers has publicly stated he would love to have his anchor on the bench back.

Even though Los Angeles is Crawford’s first option, he has made it abundantly clear he is open to all possibilities from potential suitors.

“I definitely have to keep an open mind and see what’s out there,” Crawford said. “That’s why you’re in this position. My preference, like I’ve said from the get-go, is to go back to the Clippers. But, I’m definitely very, very open-minded about the whole free-agency process.”

Crawford could address one of the Heat’s biggest problems during the course of last season — shooting. The 16-year veteran is one of the league’s best shooters making 546 three-point shots in the four years since joining the Clippers. He also averaged 14.2 points per game last year — coming off the bench.

The Heat had the fourth worst three-point shooting percentage, 33.6 percent, in the league last year. With the game trending towards shooting threes and playing at a faster pace, Crawford may be a great piece to add to the rotation.

The veteran swingman who just turned 36 this year waved off concerns that he could be too old for the league.

“I’ve been blessed enough where all the rules that come with age don’t apply to me. People were saying I was old at 32. Look at what I’ve done the past four years,” he said. “… I’m so excited about this year. It’ll be one of my best years; I’m sure of it.”

The Heat are going to be juggling big free-agent names like Kevin Durant and Hassan Whiteside, but there are going to be lots of other names flying under the radar. Crawford will be one of those players and should definitely draw some interest from the Heat front office.
[xyz-ihs snippet=”Responsive-ImagenText”]