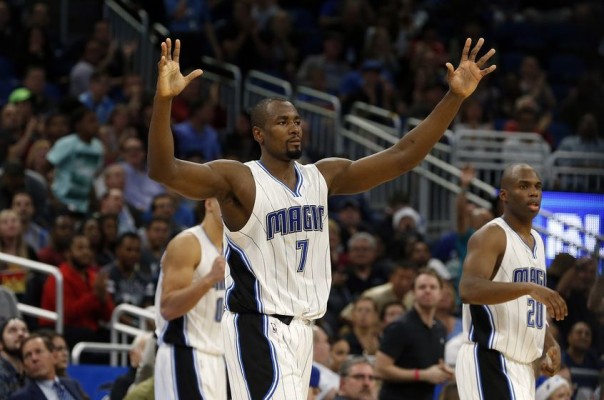 The NBA trade deadline for the 2016-17 season arrives on Feb. 23. Naturally, Pat Riley and the Miami Heat are looking into all suitable options as far as a move is concerned. In fact, according to Barry Jackson of the Miami Herald, there is one player in particular that’s been on “Miami’s radar” as of late, and that’s Orlando Magic power forward Serge Ibaka.

After leaving Oklahoma City to sign with the Magic in the offseason, Ibaka has enjoyed moderate success in central Florida as an offensive-minded big man. He’s also continued to prove himself as a premiere NBA shot-blocker. The problem for the Magic is that they currently have a surplus of big men with Nikola Vucevic, Bismack Biyombo, and Aaron Gordon also clogging paint in the frontcourt.

It’s unknown, as of yet, whether the Magic are willing to move the Republic of Congo native, but if they are, they certainly have an interested candidate in Miami. Ibaka is averaging 15.2 points, 6.9 rebounds and 1.6 blocked shots a game this year and, at 27 years of age, is in the prime of his career. He also helps spread the floor for Orlando, as he’s shooting 36.8 percent on 3-pointers for the season.

A scoring stretch-four could do wonders for the Heat, especially considering the loss of Chris Bosh due to blood clots. Right now, it is unknown whether the Heat have the necessary assets in order to make a deal with the Magic for Ibaka, but as previously stated, the intrigue is there.
[xyz-ihs snippet=”Responsive-ImagenText”]