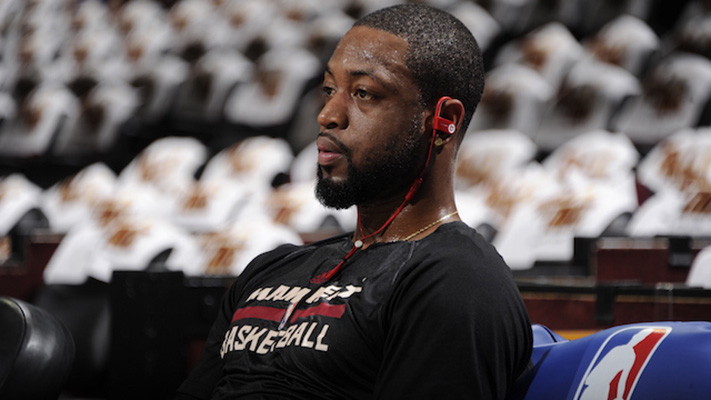 Whether Dwyane Wade finishes his career with the Miami Heat has once again been called into question with news that he and the Heat are reportedly as much as $24 million apart in contract negotiations.

That information was reported by Barry Jackson of the Miami Herald, who wrote that a friend of Wade’s has been passing along the Heat’s alleged offer to others recently.

According to Jackson, Wade’s friend stated that the Heat are offering $36 million during the next three seasons: $16 million this coming year, and $10 million in each of the following two campaigns. In contrast, Jackson indicated last week that Wade is seeking $60 million over that same time frame, a figure that few people expect him to receive.

Last year, Wade opted out of a guaranteed $41 million in order to make room for what he hoped would be the return of LeBron James to Miami. When that failed to materialize, Wade ended up signing a new two-year deal worth $10 million less with an opt-out out clause after one year.

In an attempt to get back that money, all indications are that Wade will exercise his opt-out clause. Negotiations for him to close out his career with the Heat will begin in earnest on July 1.

Miami (i.e. Pat Riley) is likely reluctant to carve out so much of its payroll for the 33-year-old Wade for at least two reasons. One, his health status has prevented him from playing more than 70 games in each of the last four regular seasons. Two, the Heat needs as much payroll flexibility as possible in the next few years for their likely pursuit of Kevin Durant next year.

This topic will continue to be heavily debated over the next month, given the apparent gulf that exists. The main issue will boil down to how much Wade’s previous loyalty to the franchise is worth.
[xyz-ihs snippet=”Responsive-Ad”]