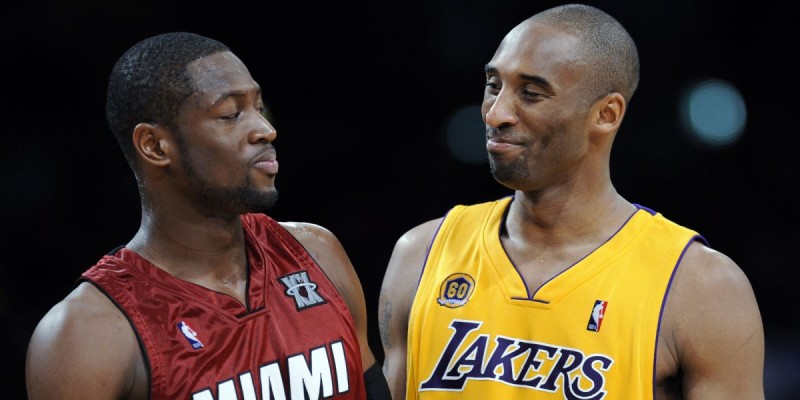 The Dwyane Wade rumor mill won’t end until he makes a decision as to which team he will be playing for during the 2015-16 season.

Sunday was no different as Chris Mannix of SI.com has reported that Wade and the Los Angeles Lakers have shown a “mutual interest” in each other. If Wade opts out of his player option by June 29, he will officially become a free agent on July 1.

While many execs still see Wade/Heat as contract saber rattling, a Wade option will be the Lakers. Mutual interest, per league sources.

While the Lakers are coming off of a 21-61 record, they possess tons of cap space to offer the amount of money the veteran shooting guard is looking for. Considering the franchise is desperate to bring in any star power it can, it would come as no shock if Los Angeles were to offer the 20 million a year salary that Wade covets.

Of course, this could all be posturing by No. 3 in an effort to force the Miami Heat’s hand.

The 12-year veteran averaged 21.5 points and 4.8 assists in 62 games last season, and despite being 33 years of age, he was the team’s best player.

Pat Riley will have to make a decision on whether not to pay the face of the franchise more money with a longer commitment, or watch him possibly sign for a team across the country in the Laker land.