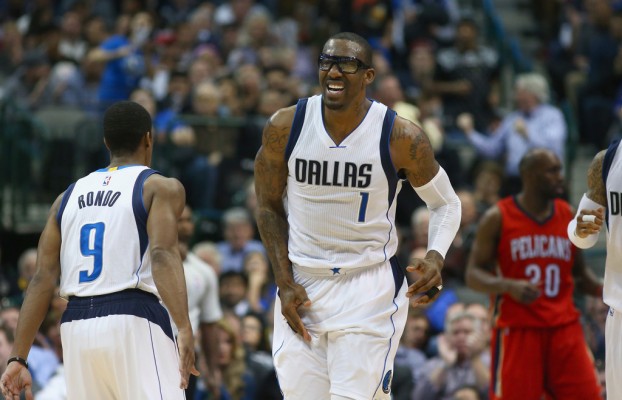 Pat Riley may have lured another veteran to South Beach.

Ian Begley of ESPN New York reports that the Miami Heat and Amar’e Stoudemire will meet tomorrow and that the two sides are “close” to a deal. Stoudemire would be the second veteran to join the Heat in free agency following the announcement of the Gerald Green signing to the veteran’s minimum.

Amar’e Stoudemire’s scheduled to meet w/MIA tomorrow. The belief currently is that Amar’e/MIA are “close” to completing a deal, per sources.

The Heat are in desperate need of scoring from their big men off the bench, and Stoudemire just might be the best free agent option at this point. While splitting the 2014-15 season with the New York Knicks and Dallas Mavericks, the 13-year veteran averaged 11.5 points on 55.7 percent from the field in limited minutes per game. His 21.1 minutes per contest last year was the least of his career.

Last year Miami ranked in the bottom five as a unit in bench scoring. Their backup big men for the season, Chris Andersen and Udonis Haslem, averaged just 5.3 and 4.2 points per game respectively.

If the Heat are to snag Stoudemire, it would immediately boost the depth of what is shaping up to be one of the best rosters in the NBA for next season.
[xyz-ihs snippet=”Responsive-Ad”]