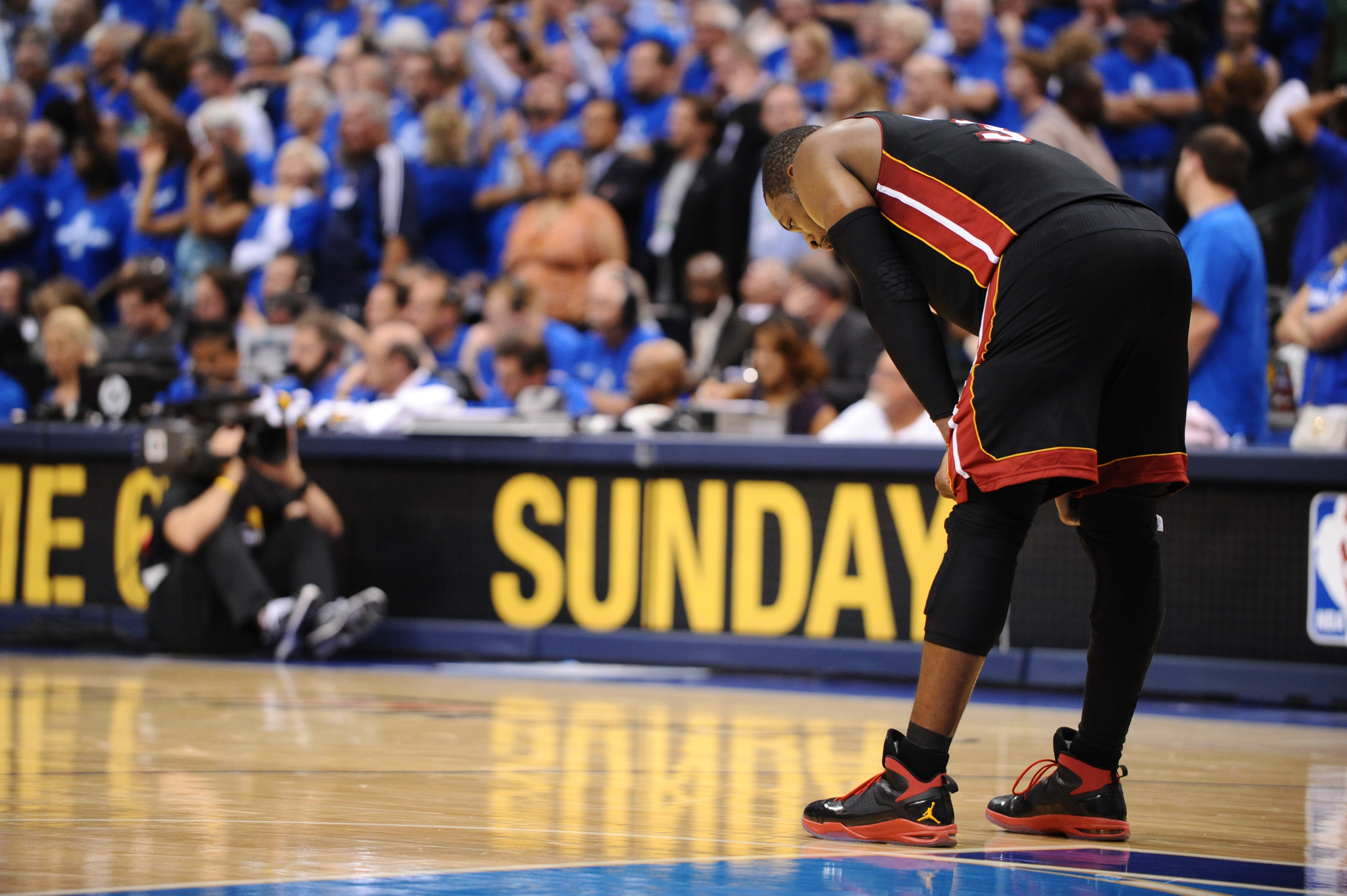 Just how much is Dwyane Wade being hampered by his hand injury suffered in game two of the Heat’s second round series against Brooklyn? If it was up to Wade, the world would never know.

Wade has been in obvious pain lately, consistently holding his right hand since game two, when he hit it hard on the rim. It seemed like an innocent play at the time, and even the most avid of Heat followers may have trouble deciphering exactly when and how the hand got injured.

When asked if he remembered when the injury occurred, however, Wade seemed to have a much clearer idea. “Yeah.” he responded with a stern voice, “I was there.”

Perhaps Wade was taking out his frustrations on an innocent question, as he has struggled to stay on the court as of late, even with his ailing knees seemingly feeling much better. Wade said before game four that the hand wasn’t bothering him, and it doesn’t just seem like a defensive answer from a player in pain.

Wade has played well in both games since injuring the hand, totaling 35 points and six assists in games three and four. Despite several mental lapses down the stretch in game four, including a gut-wrenching turnover with under two minutes to play, Wade’s physical abilities remain largely unaffected by the injury.

It will be interesting to see if the injury results in more playing time for other players going forward, as the depth of the Heat’s bench has been a key part of their success against Brooklyn. Perhaps James Jones will get the opportunities that LeBron James has been calling for, both privately and publicly.

The Indiana Pacers are one game away from finishing off the Washington Wizards in the other Eastern Conference Semifinal series, which means a minimal layoff before the Conference Finals for the Heat. Getting a win in game five at home will be critical in keeping Miami well-rested for the stretch run.

Keeping Wade healthy for a deep playoff run has been a theme throughout the season, so it will be interesting to see how the hand will affect Head Coach Erik Spoelstra’s decisions surrounding Wade’s minutes.

One thing is for certain: Even if his hand was shattered into pieces, Dwyane Wade would never let it show.