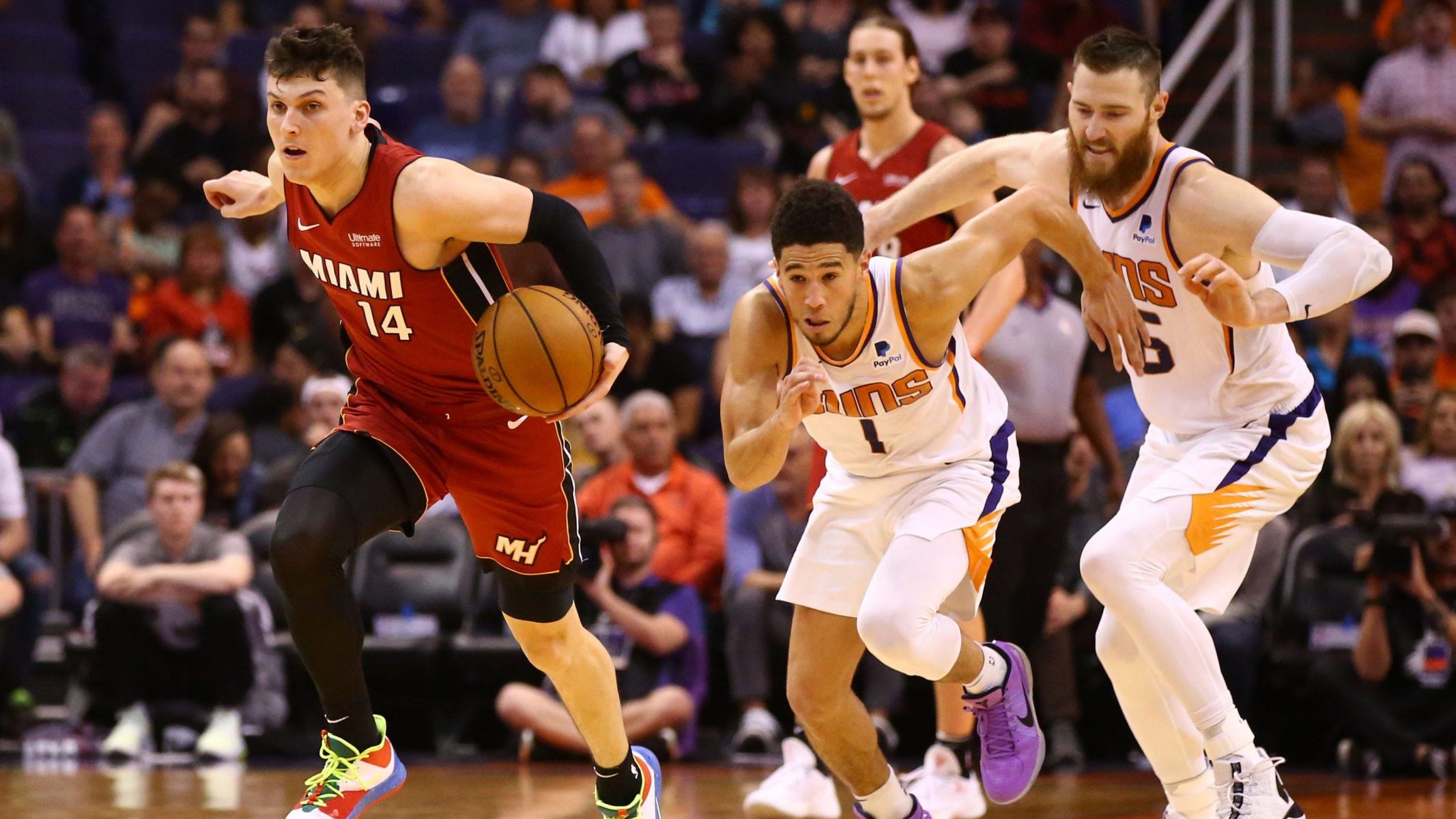 Tyler Herro is one of the best rookies in the NBA this season and a key player for the Miami Heat.

According to a recent report, Herro was told by a Heat official that he could be better than one of the players he admires most: Phoenix Suns guard Devin Booker.

A Miami Heat official was recently speaking with him about his role model in NBA. Herro said Devin Booker as he often does.

The official told him to aim higher.

“As an all around player, you can be better.” #5RSN

That is lofty praise for a rookie, especially since he is being compared to an elite shooter and a rising star in the league.

Meanwhile, Herro is averaging 13.9 points, 4.3 rebounds and 2.1 assists in 28.8 minutes of playing time per game in his first year in the NBA.

Interestingly, both players stand 6-foot-5 and were taken No. 13 overall in their respective drafts.

Herro has proven to be more successful in his rookie season than Booker was in his in the department of rebounding and three-point shooting. The Heat rookie’s 38.9 percent shooting from beyond the arc is much better than Booker’s 34.3 percent from his freshman season.

Though he has a long way to go before becoming the player that Booker is right now, Herro has all the tools necessary to approximate, or possibly surpass, the Suns star’s success so far.