Tyler Herro Says He Models Game After Devin Booker’s: ‘All I Watch Is Devin’ 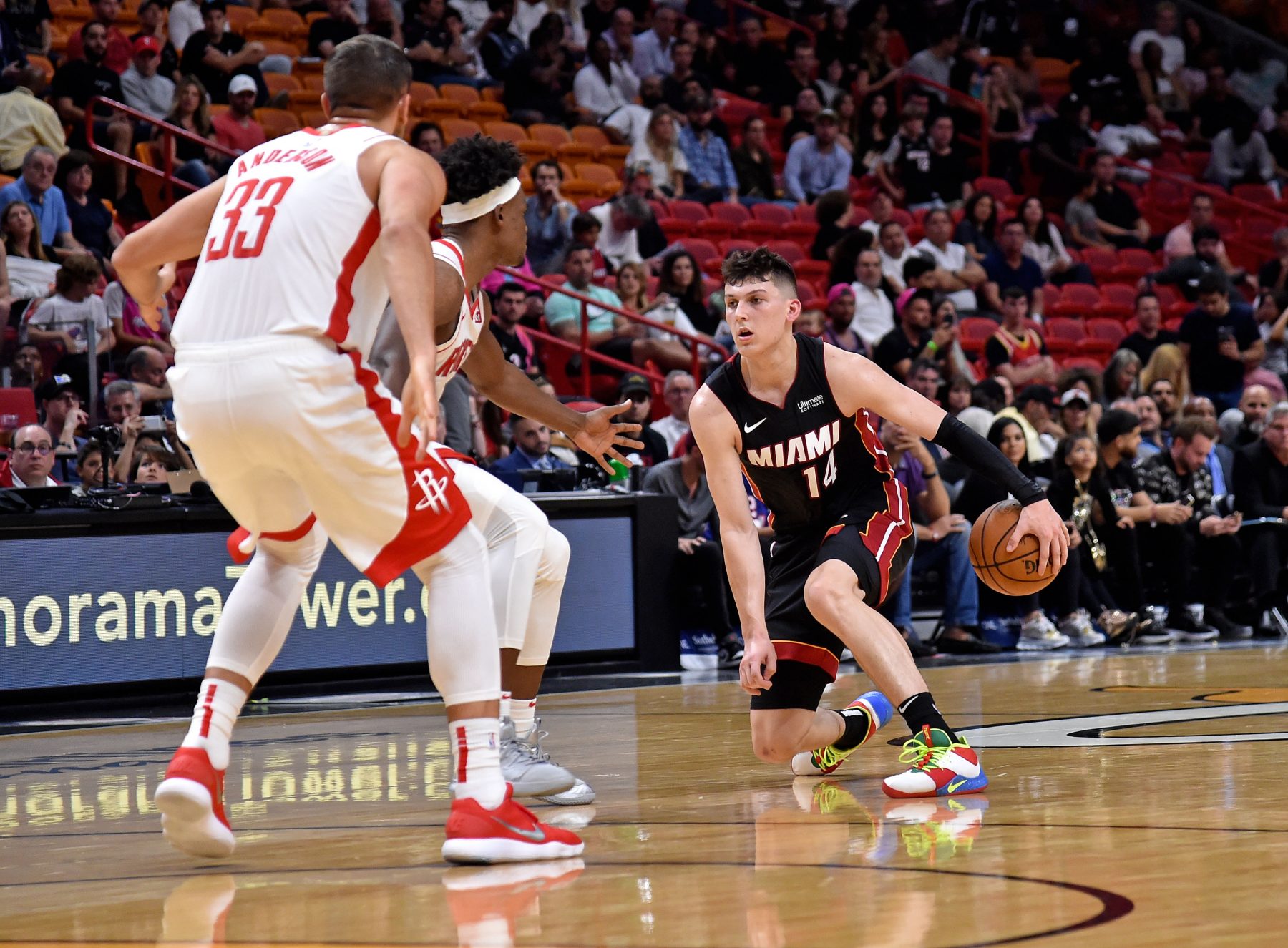 One of the league’s best shooters and scorers in the NBA is the Phoenix Suns’ Devin Booker, who is averaging 26.1 points per game this season.

It’s not a surprise then, that Miami Heat sharpshooting rookie Tyler Herro has decided to pattern his game off of the 23-year-old guard’s. Herro has excellent reasons for choosing Booker as the player he wants to emulate the most.

“I think we have the same body type,” Herro said. “Obviously, I think he’s going to be an All-Star this year. I think there’s nothing that he does that I can’t do. That’s nothing against his game. I just think I’m capable of doing what he does if I continue to improve, obviously.

“For me, when I look at a guy I can model my game after, I want to make it realistic and something I can chase and something that’s reality.”

Both Herro and Booker are 6-foot-5 guards, but the similarities don’t end there. Not only do they have the same body type, but they also play the game in similar fashion. Interestingly, they could wind up with the same rookie scoring average by the time Herro’s first year is over.

Booker dropped 13.8 points an outing during his rookie year while Herro is currently scoring at a 13.7-points-per-game clip. Additionally, through his first seven games, the Heat guard is making 42.3 percent of his shots from the field. That’s the exact same percentage that his counterpart with the Suns registered in 2015-16 as a freshman.

Coincidence? Probably not, as Herro revealed that he watches tape of Booker all the time.

“That’s all I watch is Devin,” Herro said.

Based on what he’s seen from Booker’s highlights, Herro said his takeaway is not just about one thing.

Though he has never been an All-Star, the Suns’ four-year veteran has a good shot at landing in the 2020 All-Star Game. If Herro’s career trajectory is anywhere close to Booker’s, there’s a chance that the former may one-up the latter as to how soon he becomes an All-Star.

Playing in the weaker conference, Herro could become an All-Star in a year or two should he develop into the player that Booker was the last two seasons.

Herro will be facing Booker on Thursday when the Heat take on the Suns during a West Coast road trip. When they finally meet for the first time this season, more than a few people will likely note the similarities between the two.