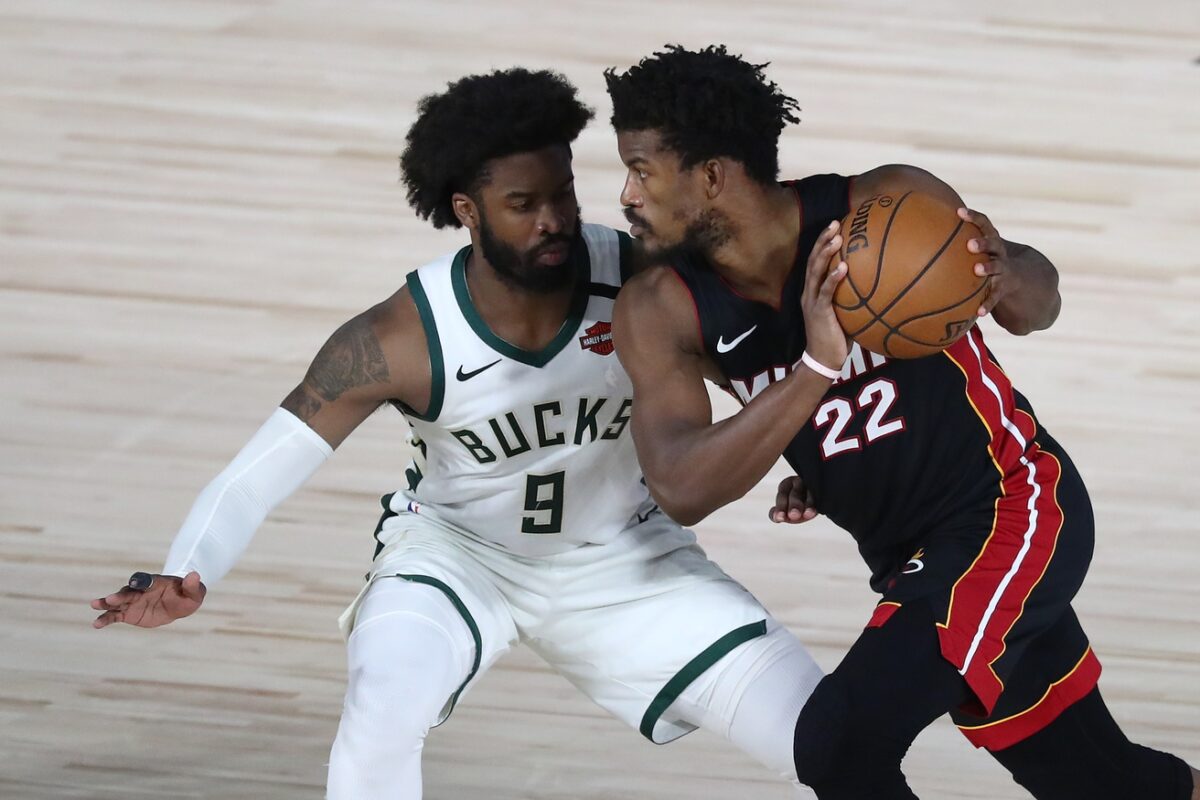 While the Miami Heat made it all the way to the 2020 NBA Finals, it seems clear that the roster will need to improve if the organization wants to get over the hump and actually win a title.

It is no secret that the front office is looking to acquire another star for the right price. However, if the Heat don’t add one this offseason, they could instead add valuable role players to help in their pursuit of another championship.

Late in October, it was reported that Miami had Wesley Matthews on its radar. As of Saturday, it looks like the team is still interested in the 11-year veteran.

As a solid 3-and-D type wing, Matthews could fill a hole in the Heat’s roster that was exposed in the NBA Finals series against the Los Angeles Lakers.

Throughout his career, the Marquette University product has made an average of 2.1 3-pointers per game. He’s shot 38.1 percent from deep in his career.

In the last playoffs for the Milwaukee Bucks, he converted 39.5 percent of the shots he took from beyond the arc.

He is also a rugged defender and has shown that he is capable of slowing down any opposing player. For instance, he was able to hold LeBron James to 38.5 percent shooting from the field in a game last season.

With Matthews on the floor, the Heat would have someone capable of guarding the opponent’s best wing while also offering another dynamic weapon on the offensive side of the court.