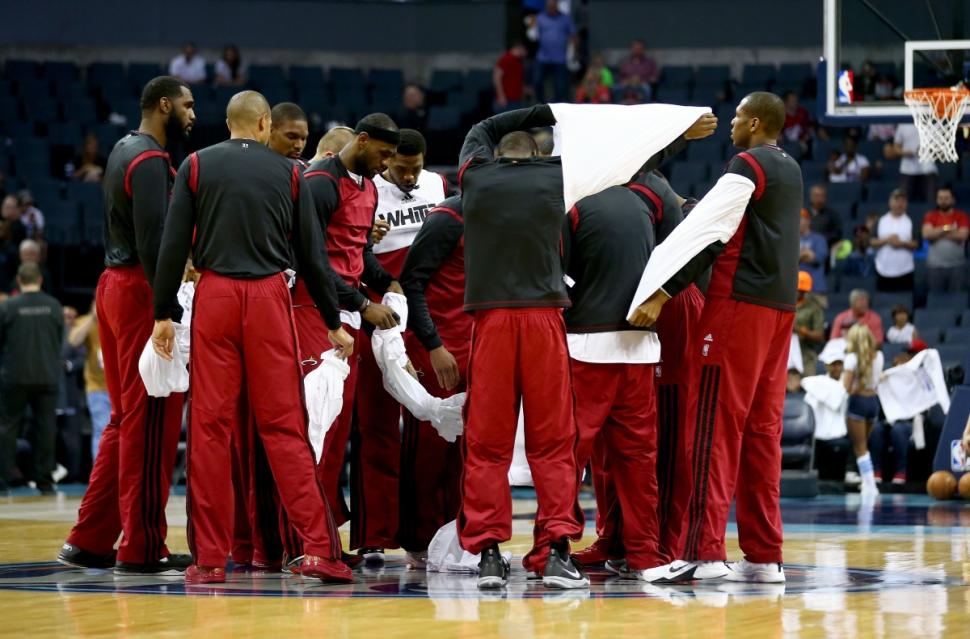 The Donald Sterling saga just continues to spiral out of control, and now the NBA could have a serious issue on its hands.

Former Miami Heat guard Roger Mason Jr., who is also the Vice President of the NBA Players Association, said that the NBA’s players, most notably LeBron James, plan to boycott the 2014-15 season if Sterling is still in place as the owner of the Los Angeles Clippers.

Mason recently told Jim Rome during an interview on his Showtime program, “I was just in the locker room three or four days ago. LeBron and I talked about it, he ain’t playing if Sterling is still an owner.”

Mason went on to say that the players’ statement also applied to Shelly Sterling, Donald Sterling’s estranged wife, who owns a 50% share in the team and has vowed to fight to keep her stake in Clippers ownership.

“No Sterling deserves to be an owner of that franchise any longer,” Mason added. “And I’ve gone down the line from LeBron to the other guys in the league that I’ve talked to and they all feel the same way. There’s no place for that family in the NBA.”

For those of you who have been stuck living under a rock for the past month, Sterling was banned from the NBA for life after he was caught on tape making racist remarks directed at minorities and, more specifically, NBA legend Magic Johnson.

This isn’t the first time the players have threatened a boycott if they didn’t feel appropriate action was taken against Sterling.

Teams such as the Golden State Warriors, Miami Heat and the Los Angeles Clippers all vowed to boycott the NBA playoffs, if the penalties NBA Commissioner Adam Silver bestowed upon Sterling didn’t live up to their expectations.

Silver, presumably knowing about the potential boycott, dropped the hammer on Sterling, handing out the maximum penalties allowed under NBA by-laws. Sterling was banned for life from any contact with the Clippers organization or the NBA, fined 2.5 million dollars and the NBA owners will have an opportunity to vote on whether to force him to sell the Clippers franchise.

That vote, however, is yet to take place and NBA players want to see the process continue moving along.

Many of the steps in forcing the sale of a franchise have been called into legal question, and legal analysts wonder if the process could be dragged out over many months, or even years. If the case goes to court, it could be well into next season before any action is taken to force the Clippers sale, regardless of what Silver and the owners decide to do.

Having world-class players such as James take a stand and say that they won’t play under these circumstances demonstrates just how important this issue is to the players. There is a strong sense of unity between all players in the league, regardless of race, and they won’t settle for anything less than the punishments they were promised.

It’s hard to believe that a boycott would take place if Silver continues to do everything in his power to move the process along, but if he isn’t, the prospect of a player boycott could be enough to push the movements forward. The NBA is only two years removed from a major lockout, which caused the league to miss nearly half of the regular season.

The NBA can’t afford to lose fans due to an issue like this, and Silver fully understands that. The way that the league handles the situation from here on out will be worth keeping a close eye on, and it will be interesting to see if the player boycott ever comes to fruition.