Inside Source on Russell Westbrook to Miami Heat: ‘I Think He’s Coming’ 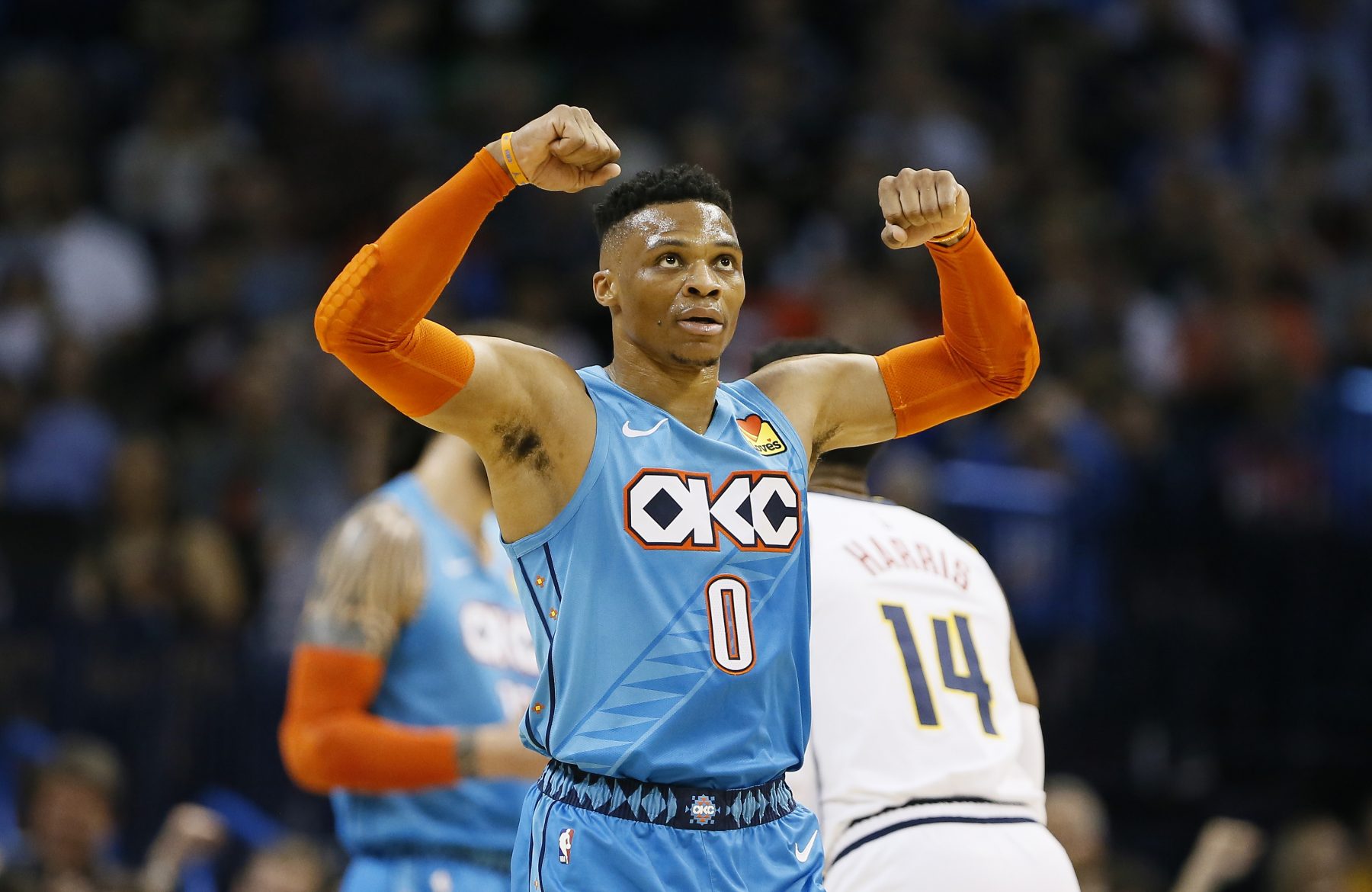 Rumors of Russell Westbrook going to the Miami Heat started circulating almost as soon as Paul George was traded by the Oklahoma City Thunder.

While most discussions on player trades and free-agent signings simply end up as plain gossip, the Sun Sentinel’s Ira Winderman believes there is merit in the Westbrook-to-Miami rumors.

Winderman spoke to radio host Kevin Rogers during an episode of the “WQAM Evenings Reporter’s Show” regarding the possibility of the Heat acquiring the Thunder point guard.

“I think he’s coming,” Winderman said. “Every time there’s been a Heat rumor of any subsequence or consequence that’s lingered this long, the Heat have wound up getting the player. It’s not about free agency where they’re one of six people in the room with Kevin Durant, one of three people in the room with Gordon Hayward. But it seems like, ‘Ah the Heat’s gonna get Jimmy Butler,’ then they got Jimmy Butler. The Heat’s gonna make a trade or get this player, the Heat get that player. Yeah I think we’re very much trending in that direction.”

Winderman’s words should excite fans about the possibility that Miami will have two All-Star players on its roster next season. With the retirement of Dwyane Wade at the end of the 2018-19 season, the Heat were expected to fall further down the standings and go through the painful process of rebuilding.

But with Jimmy Butler in tow, the outlook of the franchise has changed. Westbrook would probably not have any interest in joining the Heat if it weren’t for Butler being in town.

After 11 years of playing for Oklahoma City, the 2016-17 MVP only reached the Finals once when he was still teammates with Kevin Durant and James Harden. In the past three seasons, the Thunder have never made it past the first round of the playoffs.

Going to the Heat would be a fresh start for Westbrook, a change that could transform the fate of both franchise and player.