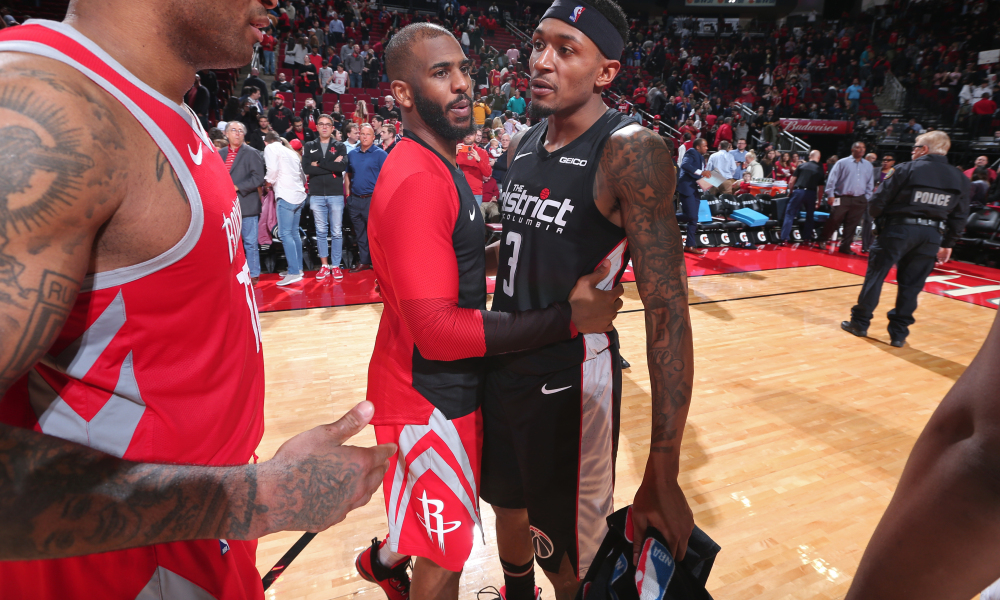 There are a lot of reasons why Miami Heat fans are reluctant to get on board with a potential trade for point guard Chris Paul.

One of the primary reasons is that many fans are still holding out hope for a potential deal involving current Washington Wizards guard Bradley Beal.

As it turns out, Ira Winderman of the Sun Sentinel has broken down a scenario in which both players could end up in South Florida.

“Actually, the Heat could do both,” he wrote. “For Paul, who is due $38 million this season, the Heat could make salaries work with Goran Dragic and, say, James Johnson. Then, they could turn around, and offer the Wizards a package for Beal that could, perhaps, start with Justise Winslow, Dion Waiters and Tyler Herro (and perhaps draft picks from the Thunder in a Paul deal) as building blocks to get close to Bradley Beal’s $27 million salary this season. So that would leave the Heat with a lineup along the lines of Paul, Beal and Butler on the wing, with Bam Adebayo anchoring the power rotation and perhaps James Johnson rounding out the opening unit. So yes, both are doable — if Oklahoma City and Washington were to be agreeable.”

This would take some truly expert wheeling and dealing on the part of the Heat front office, but if anyone is capable of doing such a thing it might very well be Heat team president Pat Riley.

Acquiring both Beal and Paul would immediately put the Heat at the very top of the Eastern Conference in terms of talent. In fact, pairing both of them with current Heat star Jimmy Butler could very well make Miami the most dangerous team in the NBA on paper.

Surely, this is quite unlikely to actually come to pass, but that doesn’t mean it is impossible.

In a new era of Heat basketball, where advancing deep into the playoffs is clearly the primary goal, it is quite likely that the Heat will look for any potential move to get better.

Adding both Beal and Paul in one season would without a doubt be such a move.