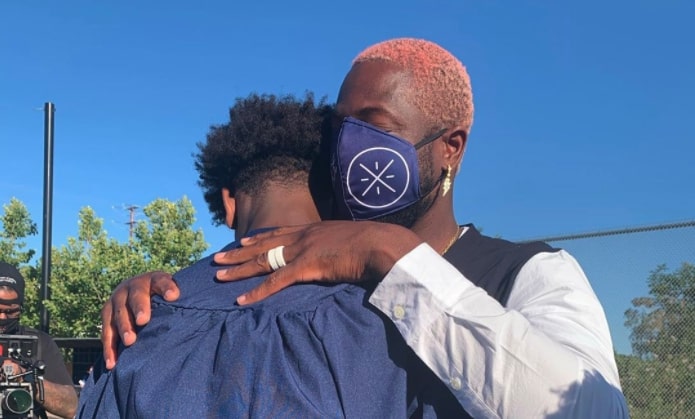 The younger Wade then took to Instagram to tell his father that “we did it.”

@dwyanewade we did it 🖤🎓

The elder Wade also posted a celebratory video dedicated to his son’s achievement.

The younger Wade is trying to follow in his father’s footsteps on the court, as he plans to attend Brewster Academy next year to continue his basketball career.

According to MaxPreps, the younger Wade averaged 4.3 points per game for Sierra Canyon School last season. He played alongside LeBron James’ son, Bronny, who was a freshman at Sierra Canyon this past year.

The elder Wade was seen attending many Sierra Canyon games this past season, usually sitting courtside.

While Zaire may not end up enjoying the same success in basketball as his father has, he has a great role model to base his work ethic and game after.

Not every kid has a father who is a three-time NBA champion.