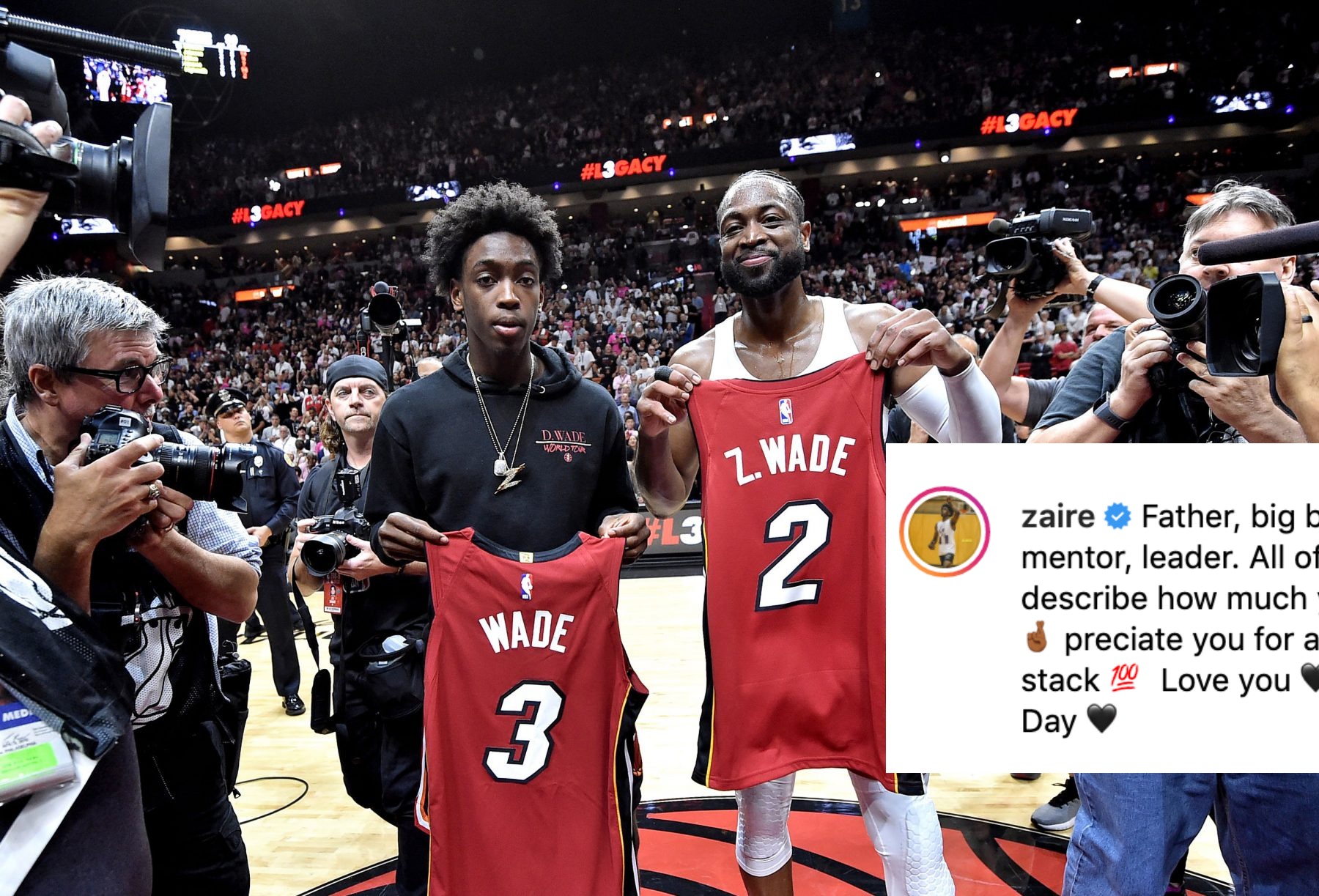 Sunday is Father’s Day and Dwyane Wade’s oldest son Zaire took to Instagram on Saturday night to make an emotional post about his own father.

Father, big bro, role model, mentor, leader. All of these and more describe how much you affect my life??preciate you for always keeping it a stack ? Love you ? Happy Father’s Day ?

The two have always been incredibly close, but their relationship seemed to grow even closer as Zaire Wade continued to prove himself as a basketball player and Dwyane Wade’s NBA career wound down.

Now that Dwyane Wade is retired from the NBA, it seems likely that he will take an even more hands-on approach to his son’s basketball career.

Hopefully, that means that it won’t be too long before another Wade is gracing the courts of the NBA.
[xyz-ihs snippet=”HN-300×250-TextnImage”]