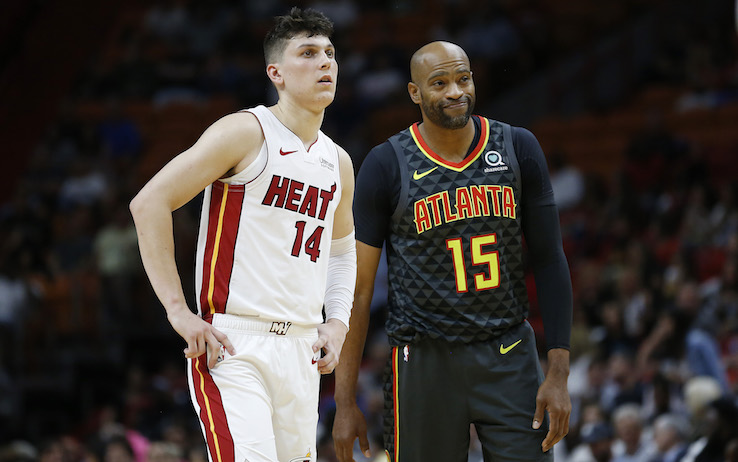 Vince Carter on Tyler Herro: “Play your game. Learn the game. Humble yourself. The young kid can play. He shoots the ball well and plays with a lot of confidence.”

These comments comes on the heels of Herro’s best game so far in the preseason. Herro, who was named to the Heat’s starting lineup for the first time, began the game on a hot streak. He scored the Heat’s first 14 points, successfully making shots off the dribble and off catch-and-shoots.

He finished the game with 23 points, five rebounds and two assists. More importantly, he helped lead the Heat to a dominant win over the Atlanta Hawks, Carter’s current team.

The University of Kentucky product has shown plenty of confidence during training camp and the preseason, which has apparently caught the attention of Carter.

The man they call “Vinsanity” and “Half-Man, Half-Amazing” will be playing in his 22nd season. In fact, if Carter continues to play in 2020, he would be the first in NBA history to play in four different decades. He has played with and matched up against countless other players in his career. So for him to express admiration for Herro’s game and provide great advice to Herro is huge.

This should only build Herro’s confidence further as he aims to help the Heat achieve success on the court this season.