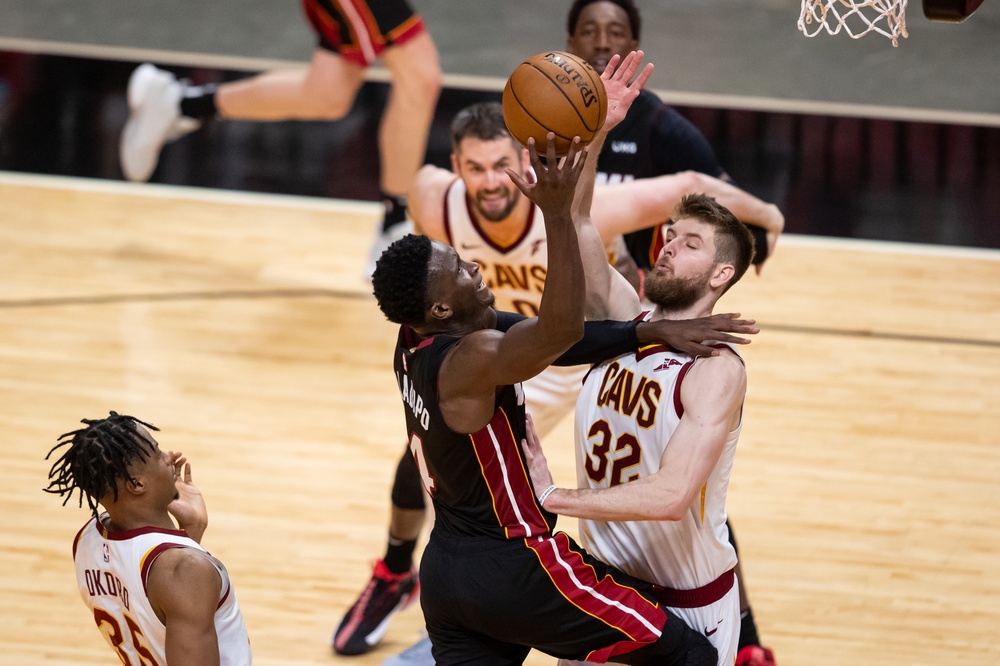 Miami Heat guard Victor Oladipo indicated that he’s still trying to get back to normal from a severe knee injury, noting that one of his legs remains weaker than the other.

Oladipo, who was acquired by the Heat last month from the Houston Rockets, noted that despite the numbers he’s put up this season, he’s yet to return to being 100 percent healthy.

“I’m not one to make excuses, so I don’t make any,” Oladipo said when asked how much his offensive efficiency continues to be impacted by the injury. “But if you look at it, I had a lower extremity injury, so I wasn’t able to use my lower extremity for a long period of time. One leg is stronger than the other. I have some hypertrophy in one leg than the other. Working my way back and finding my balance is something I’m still continuing to work at.”

Oladipo suffered his knee injury in January 2019 while playing for the Indiana Pacers and required a lengthy rehabilitation period before he was able to return to the court.

This season, the Heat are the third different team that he’s played for, with the 28-year-old guard averaging 19.9 points, 4.8 rebounds, 4.7 assists and 1.4 steals per game.

Oladipo has played two games as a member of the Heat, with averages of 7.0 points, 5.0 assists, 2.0 rebounds and 2.0 steals per game. The steep drop in points per game serves as the most jarring difference among that group of numbers.

As a free agent at the end of this season, Oladipo can go elsewhere, but seems like a strong candidate to remain with the Heat. If that turns out to be the case, the old Oladipo figures to resurface for the Heat sometime in the future.

Featuredmiami heatNews TickerVictor Oladipo
← Previous Story This iconic play between LeBron James and Dwayne Wade appears to be recreated in ‘Space Jam: A New Legacy’
Next Story → Jimmy Butler reveals one aspect of his life where he turns into a ‘softy’