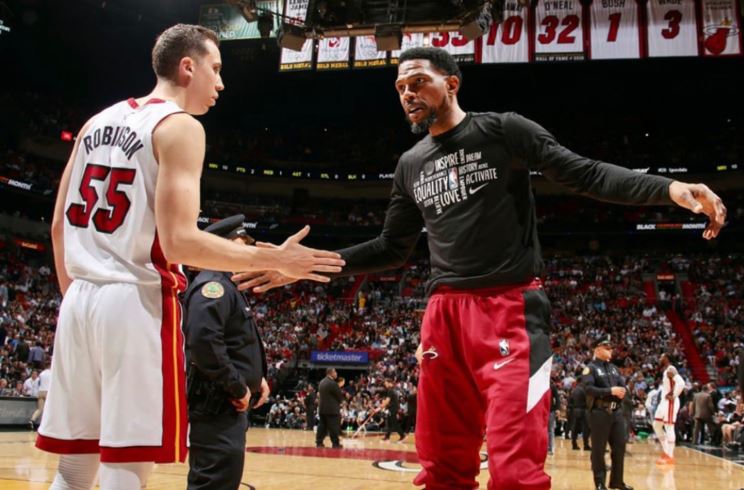 Miami Heat sharpshooter Duncan Robinson is turning 26 years old on Wednesday, and veteran teammate Udonis Haslem made sure to remark upon the momentous occasion. 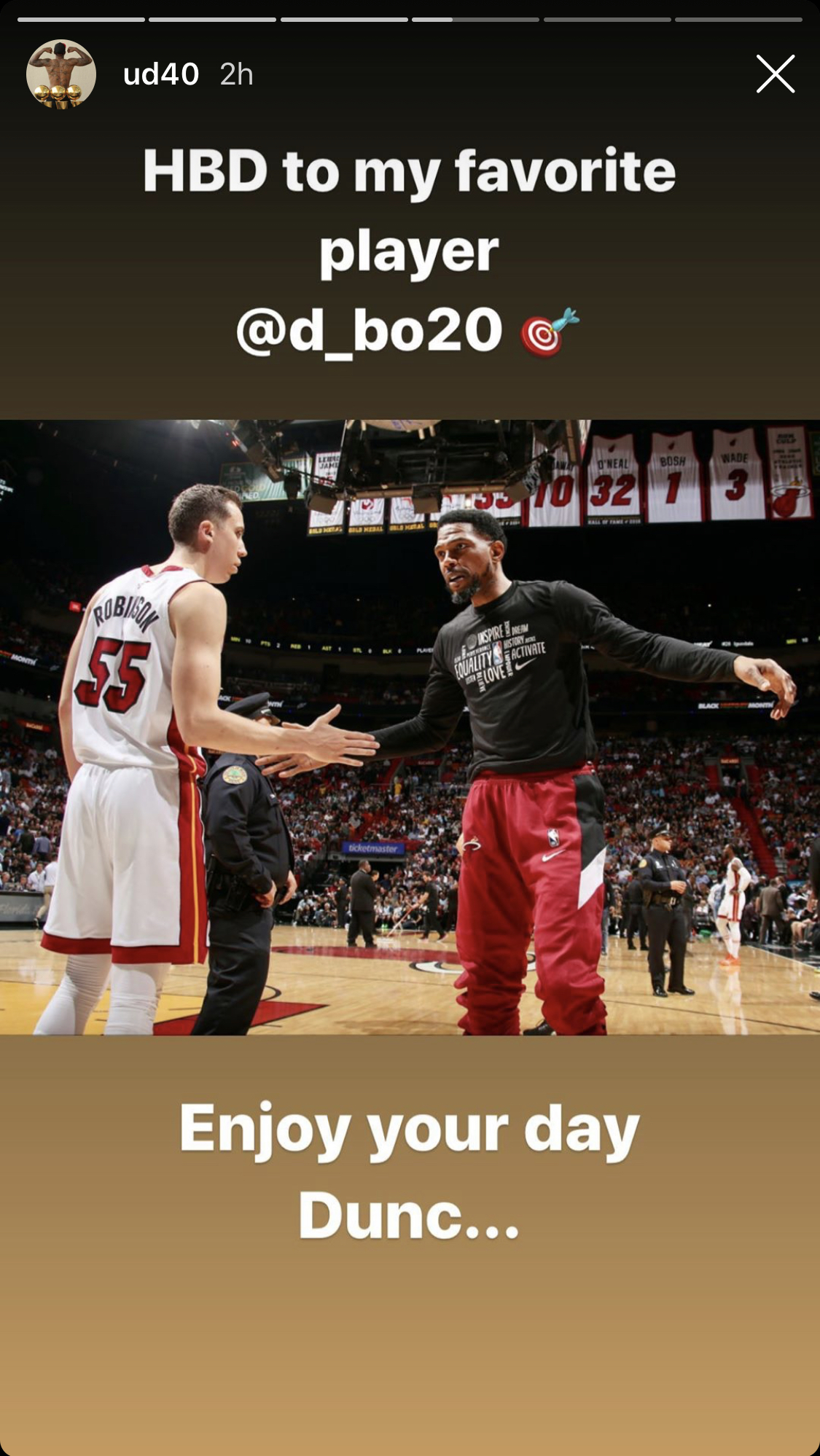 Robinson surely has a lot to celebrate. Not only is he turning 26, he is also in the midst of a stunning breakout season in the NBA.

So far this year, Robinson is averaging 13.3 points and 3.3 rebounds per game and is shooting an impressive 44.8 percent from beyond the arc.

He is one of the many young players that have had a huge role in the Heat’s success so far this season.

Unfortunately for Robinson, the current COVID-19 pandemic has made celebrating in any major way pretty much impossible. Surely, he’ll be receiving many video calls from family and friends who would love to be celebrating with him in person under different circumstances.

As for Haslem, it’s quite possible that the Heat legend has already played his final NBA minute. Prior to the shutdown, Haslem was already reportedly mulling calling it a career by the end of this season.

Now, it seems possible that if the season does return, it will immediately start with the playoffs. Though Haslem is undoubtedly an invaluable locker room presence for the Heat, chances are good he won’t play a role in the team’s playoff rotation.

The other far more unappealing possibility is that the 2019-20 season gets cancelled altogether. If that happens, it will be interesting to see how that would change Haslem’s opinion on retirement.