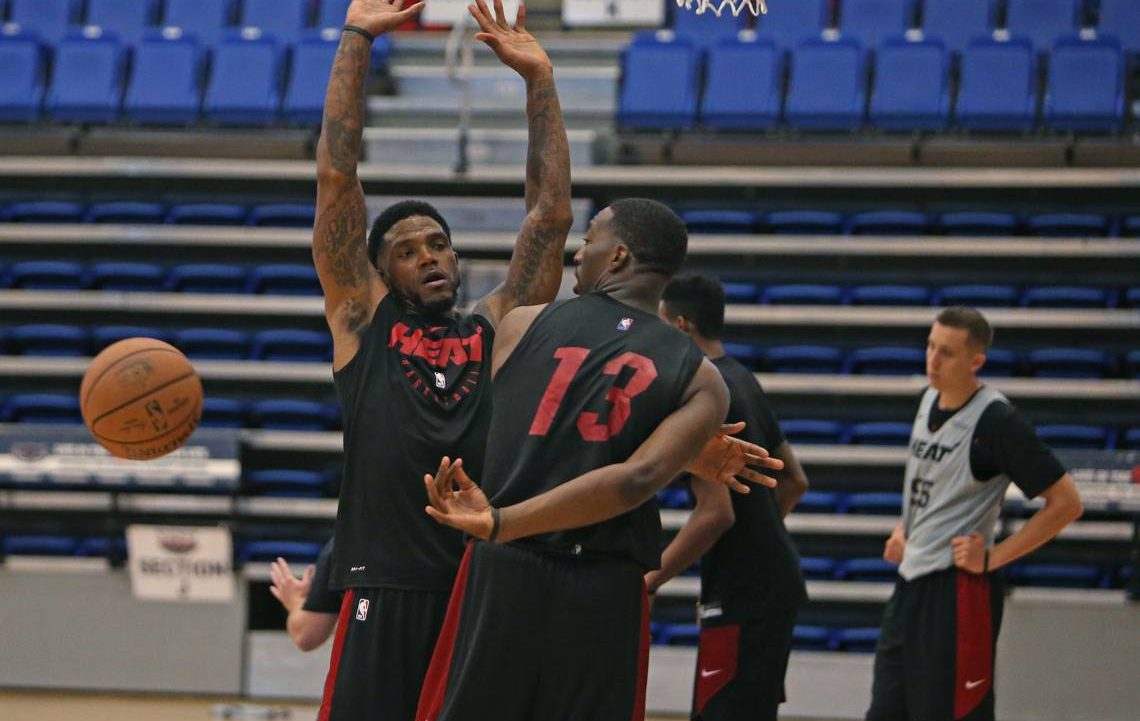 The Miami Heat are opening up their practice facilities very soon.

Heat veteran Udonis Haslem recently told the Miami Herald that he instructed Bam Adebayo to be one of the first guys back in the gym.

“But I talked about it with Bam and I told him that his ass better be the first one in the gym,” Haslem joked. “Those were my exact words. If it’s four people at a time, your ass better be in the first group of four. Or if we can make four of you, four of you better go at one time.”

As a matter of fact, the basketball junkie has been eager to play again. He’s been posting photos on social media almost every day about how much he misses basketball since the league suspended the season.

After all, the forward was having a career year across the board. Adeabyo is averaging 16.2 points, 10.5 boards and 5.1 assists per game this season.

The big man played in his first All-Star just a month before the lockdown was announced.

As for Haslem, the franchise icon is at the tail end of his career. While this season was expected to be the last of his career, the Heat’s all-time leading rebounder could return for the 2020-21 campaign to get a better farewell.

There is no official timetable for when the league will resume the 2019-20 NBA season.