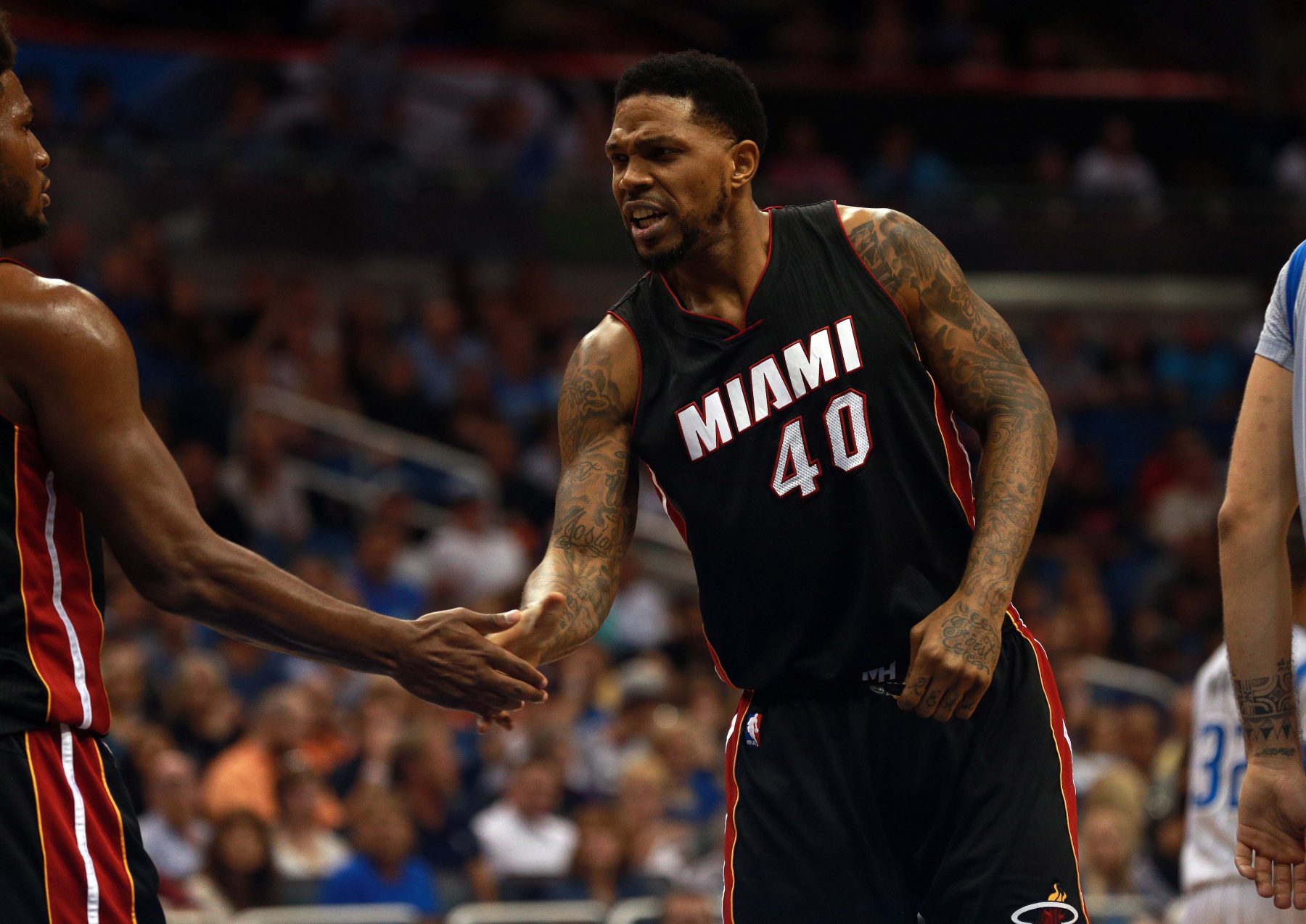 The playing time for Miami Heat veteran Udonis Haslem is minimal these days, but an attempt by an online critic to ridicule him about that fact resulted in Haslem delivering a brutal comeback in return.

When y'all gonna learn to stop playing with UD? Idk what jit thought this was ? pic.twitter.com/8Qp8wtRoC0

Haslem has only played 11 total minutes this season, but remains a valuable part of the Heat roster.

That’s because the 39-year-old has been around for 17 NBA seasons and has the credibility to offer sage bits of wisdom to all of his teammates.

That wisdom is especially valuable for undrafted youngsters Kendrick Nunn and Duncan Robinson. That reason stems from the fact that back in 2003, Haslem also entered the NBA as an undrafted free agent. Both Nunn and Robinson have been key contributors so far this season.

Over the course of Haslem’s lengthy career, he’s been a part of both the highs and lows of the franchise.

The aforementioned trio of titles represents the peak of his playing career. He also endured the agony of the Heat’s 15-67 campaign during the 2007-08 season.

What the internet troll apparently also failed to recognize is that the Heat wanted Haslem to come back this season.

That’s because he has an established reputation for being invaluable in the locker room. The Heat’s current 24-8 record proves that he’s contributing to the team on a nightly basis while rarely setting foot on the court.