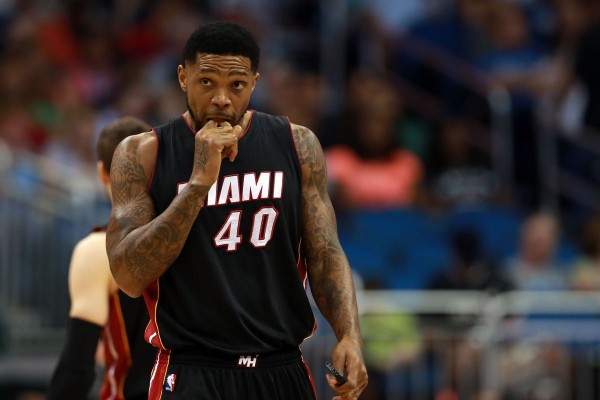 Udonis Haslem has seen a super team up close and personal, but he does not believe that the Miami Heat have to add superstars to compete with the likes of Golden State and Cleveland.

In fact, the 14-year veteran believes it often comes down to simply having players who will play with effort every single night.

“You don’t have to have a super team,” Haslem said Saturday at the Mountain Dew NBA 3-on-3 fan experience. “The problem is the majority of the league doesn’t play hard. You’ve got 20 percent of the NBA that does play hard. So when you take a super talented team that actually plays hard and plays the game the right way you get a team like Golden State.”

Haslem has experienced both 15-win and championship-caliber teams during his NBA career and he told reporters that chemistry is also a key factor in producing winning basketball.

Additionally, the Florida native said he would like to see last year’s core players return, including Dion Waiters and James Johnson, both of whom will be free agents on July 1.

“I think the goal is to keep this group together and to give a healthy group with a little bit of experience under its belt another opportunity,” Haslem, who is also a free agent this summer, said.

Waiters, Johnson, Haslem, and other teammates have done improptu workouts together since the regular season came to an end, showing last season’s chemistry has translated both on and off the court with this group. The Heat front office will have $37 million to spend this summer and will face tough decisions on who to bring back because many of their players will be highly sought on the free agent market.
[xyz-ihs snippet=”Responsive-ImagenText”]