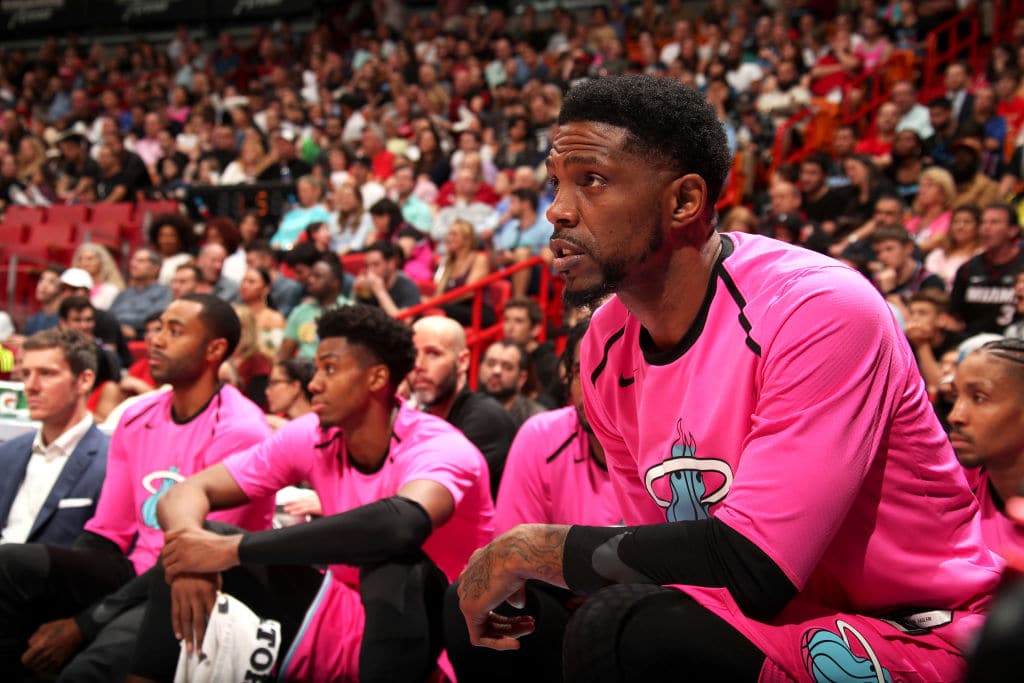 After announcing on Tuesday that he would be returning for his 17th NBA season, Miami Heat forward Udonis Haslem took to social media to recognize the team’s fan base.

His message was succinct, but expressed his enthusiasm about coming back for another year of action.

In recent years, Haslem’s time on the court has been minimal, though his influence both in the locker room and away from the court have been invaluable. The fact that he’s still playing is something that few people would have expected when he signed as an undrafted free agent out of the University of Florida in 2003.

In his first camp with the Heat, it would have been easy for him to get lost in the fanfare of top pick Dwyane Wade’s arrival. However, over the next 16 years, the two players managed to forge a close friendship that remains strong, even after Wade’s retirement last April.

The bond that Haslem has with South Florida is a simple one that’s based on the fact that he grew up and went to school in Miami. Few players have the opportunity to play their entire professional career in their hometown, which has made the ride that much sweeter for the veteran.

Depending on Haslem’s feelings over the course of the 2019-20 season, this could be the final year of his career. He’s spoken of having a farewell tour across the league, similar to Wade’s last season, but whether or not that takes place may depend on his willingness to play beyond the upcoming campaign.