Haslem, who is never one to back down from a little conflict, doubled down on his critique of Green on Thursday.

The second round began when Shannon Sharpe claimed that Green is not even a top 20 defender of all time.

“He should be thrown in jail,” Sharpe said. “They shoulda put a case on his butt for saying that out loud. Draymond Green is not a top 20 defender all time.”

Haslem then hopped on Instagram to promote the message. 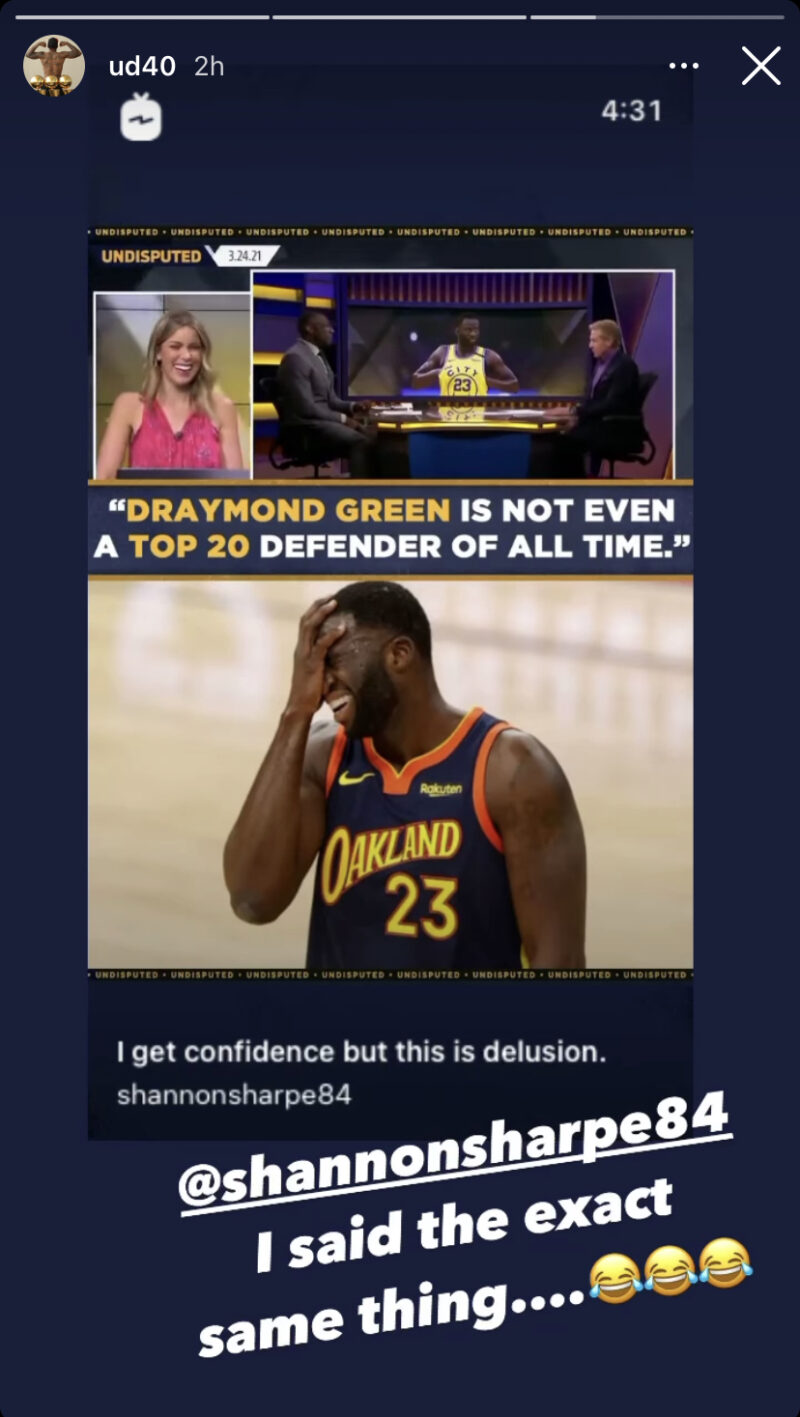 Clearly, Haslem is having a lot of fun at Green’s expense. It’s also clear that Haslem is not all that impressed with Green’s defense.

At the end of the day, both Green and Haslem have enjoyed incredible NBA careers. Both have won three NBA titles each and have been part of some of the most dominant squads in the modern era.

At the center of all the jokes is surely a fair amount of mutual respect.