Miami Heat forward Udonis Haslem took a shot at Golden State Warriors forward Draymond Green on Instagram after Green claimed that he was the greatest defender in NBA history. 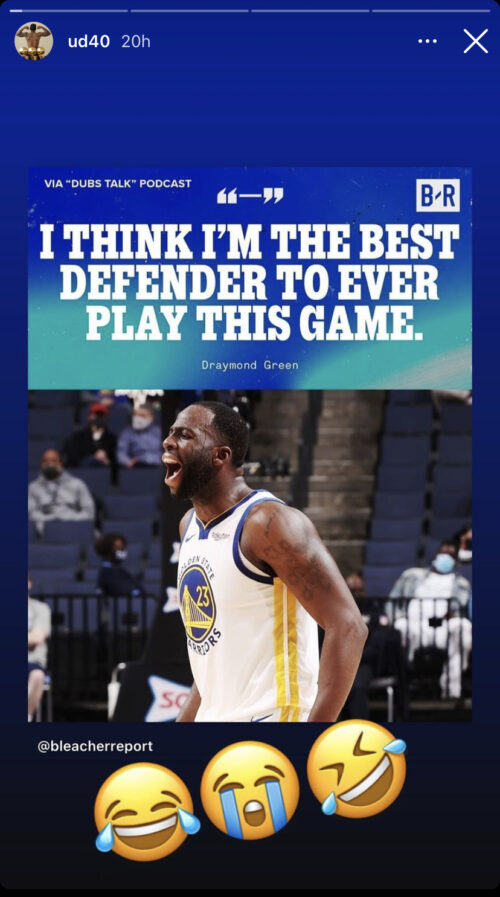 Green, who was the 2016-17 NBA Defensive Player of the Year, got into a spat on Twitter with former NBA player Tony Allen over the claim as well.

Green is a great defender, and he has been named to an NBA All-Defensive team five times in his career. Moreover, he can guard all five positions on the court.

Still, Haslem clearly thinks that Green is selling himself a little high.

Haslem is in the waning stages of his career, so it is unlikely that he and Green will be matched up with each other in a game this season.

Still, the Heat take on the Warriors on April 1, and it will be interesting to see if Green has any words for Haslem during the matchup.