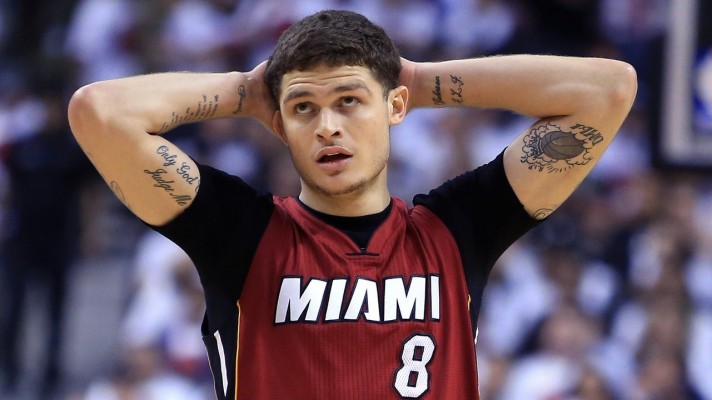 Among the many injury concerns that have plagued the Miami Heat this season, one of the continuing issues has been the shoulder troubles of guard Tyler Johnson. He was forced to miss Saturday night’s victory over the Milwaukee Bucks after re-injuring the shoulder two nights earlier and is questionable for the team’s Monday night game against the Golden State Warriors.

What might be a cause for concern is the uncertainty about the pain Johnson is feeling and that he still hasn’t fully recovered from the rotator cuff surgery he underwent nearly a year ago.

“It’s not the same pain as it was last year,” Johnson said. “It’s just like a strain. Obviously it was a little bit more concerning at the time because it was the left shoulder. But coming in today, it feels a lot better. The swelling went down a lot. So yeah, I’m optimistic about it.

When it comes to his status and the severity of his latest injury, Johnson is hoping that simple rest turns out to be the best option, though he indicated the team is holding off having him undergo an MRI.

“We’re just playing it day by day to see how it feels and it felt better today. So we’ll reevaluate it again (Monday) and see if it’s necessary or not,” Johnson said. “I’m not sure about (Monday). I came in today and I was feeling better, so depending on how I feel when I wake up tomorrow, we’ll go over that at that time.”

Despite the continuing shoulder issues, Johnson is currently averaging a career-high in points, rebounds, and assists per game at 14.2, 4.3, and 3.2, respectively.

Due to the continuing injury troubles for the Heat, if Johnson were to miss an additional two games and is ruled out for two more weeks, Miami would be eligible to add a 17th player to its roster.
[xyz-ihs snippet=”Responsive-ImagenText”]