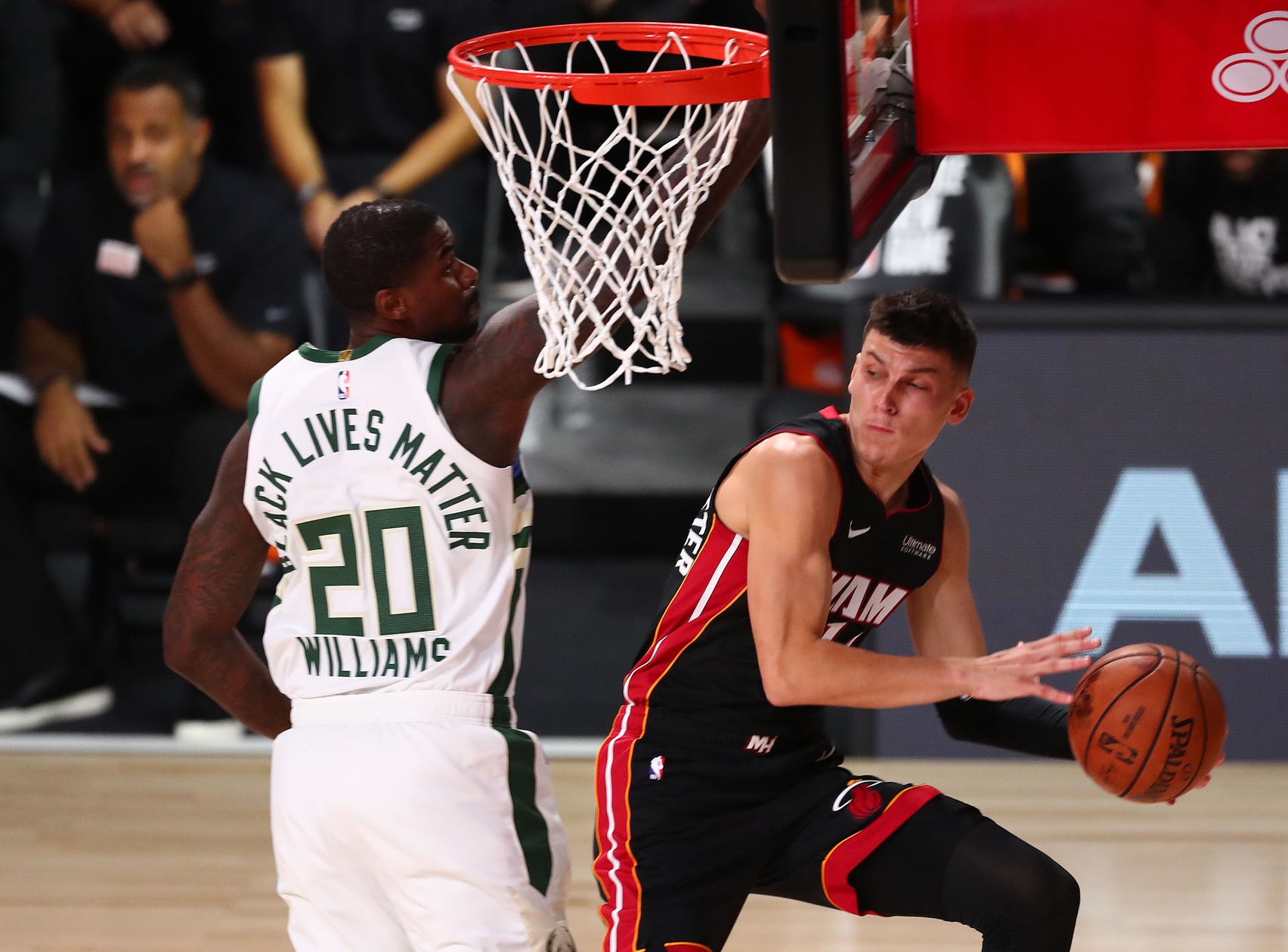 Miami Heat rookie guard Tyler Herro was thrust into a playmaking role in the Heat’s 119-112 loss to the Phoenix Suns on Saturday.

With Kendrick Nunn leaving the Orlando, Fla. bubble and both Jimmy Butler and Goran Dragic out with injuries, the Heat looked to the University of Kentucky product to facilitate their offense.

Herro delivered, flirting with a triple-double as he scored 25 points on 10-of-16 shooting and added 10 assists and eight rebounds in the game.

The No. 13 pick in the 2019 NBA Draft said that he has been working on improving his playmaking ability since the beginning of the season. That focus has intensified inside the bubble.

It is a pleasant surprise for Miami, as Herro had been more of a spot-up shooter throughout most of the 2019-20 campaign.

The 20-year-old did admit that he is still a work in progress as a primary distributor, but he is continuing to learn and grow in that department.

The Heat will need everything they can get from Herro on Monday night as they take on the Indiana Pacers in a battle for the No. 4 seed in the Eastern Conference.