Tua Tagovailoa Thanks Dwyane Wade for Shout-Out, Calls Him G.O.A.T. 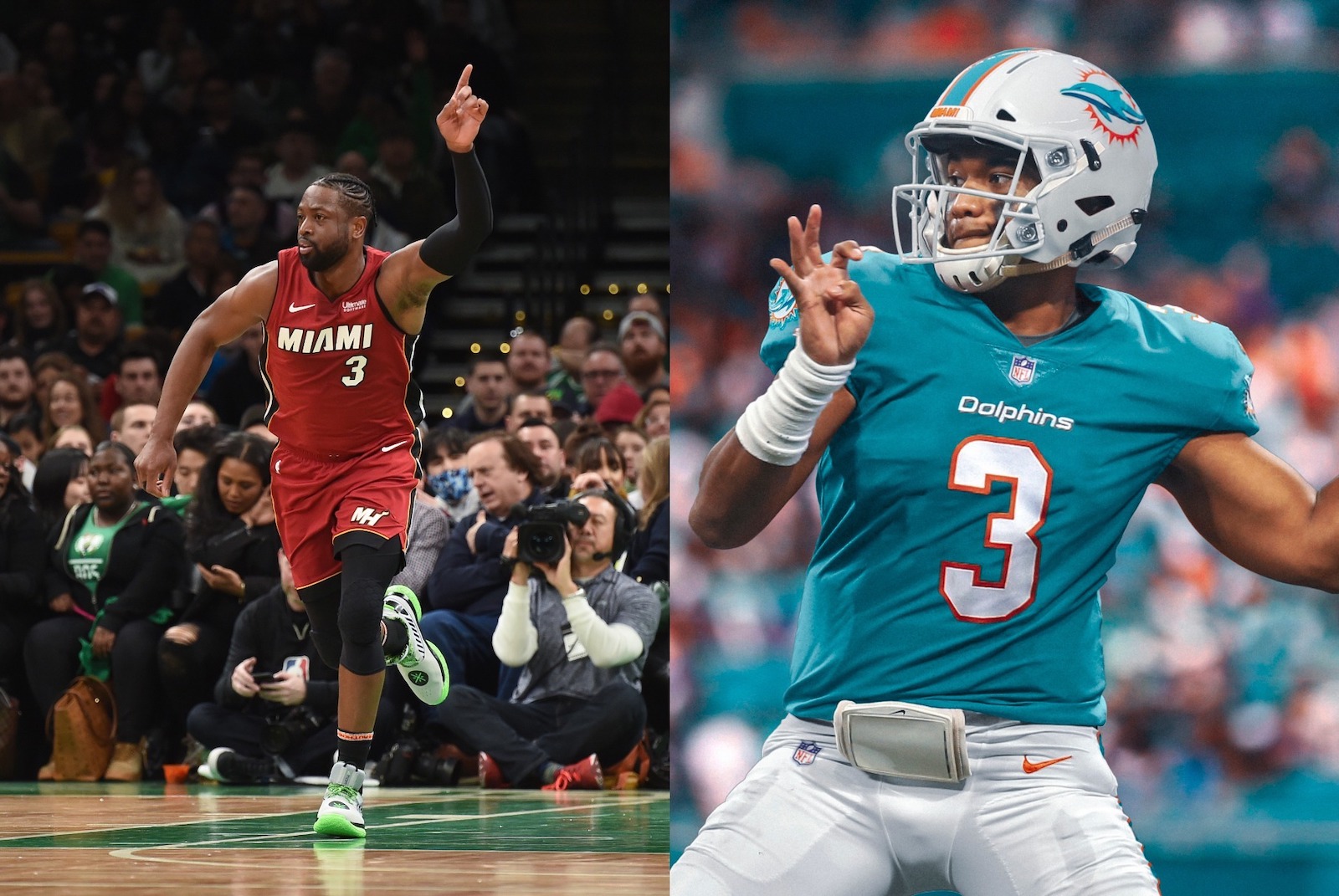 Shortly after the Miami Dolphins selected quarterback Tua Tagovailoa with the No. 5 overall pick in the NFL draft, Miami Heat legend Dwyane Wade welcomed him to South Florida.

Wade also reminded Tagovailoa that there was another sports star who came to Miami as the No. 5 overall pick in the draft and ended up accomplishing quite a lot. He was of course referring to himself, the fifth pick in the 2003 NBA Draft.

It wasn’t long before Tagovailoa thanked Wade for the warm welcome, and added that the three-time NBA champ is the greatest of all time.

The man himself. Appreciate it 🐐 https://t.co/54evyGVJzd

For months, Miami fans were hoping that the Dolphins would select the University of Alabama star.

Thanks to his supreme leadership, athletic ability and high football IQ, Tagovailoa is considered to be amongst the most exciting players in this year’s draft class.

However, injury concerns had some teams uninterested in drafting him. In fact, that’s likely why Tagovailoa fell to the Dolphins in the first place. If there were no concerns about his durability, it’s quite likely he would have gone even higher.

The Dolphins made the right call on Thursday evening, and Wade seems to absolutely approve. While Wade spends most of his time in Southern California these days, enjoying his retirement from the NBA, much of his heart still remains in South Florida.

As for Tagovailoa, interacting with the Heat legend is just one of the many perks that he’ll enjoy as the new face of the Dolphins franchise.