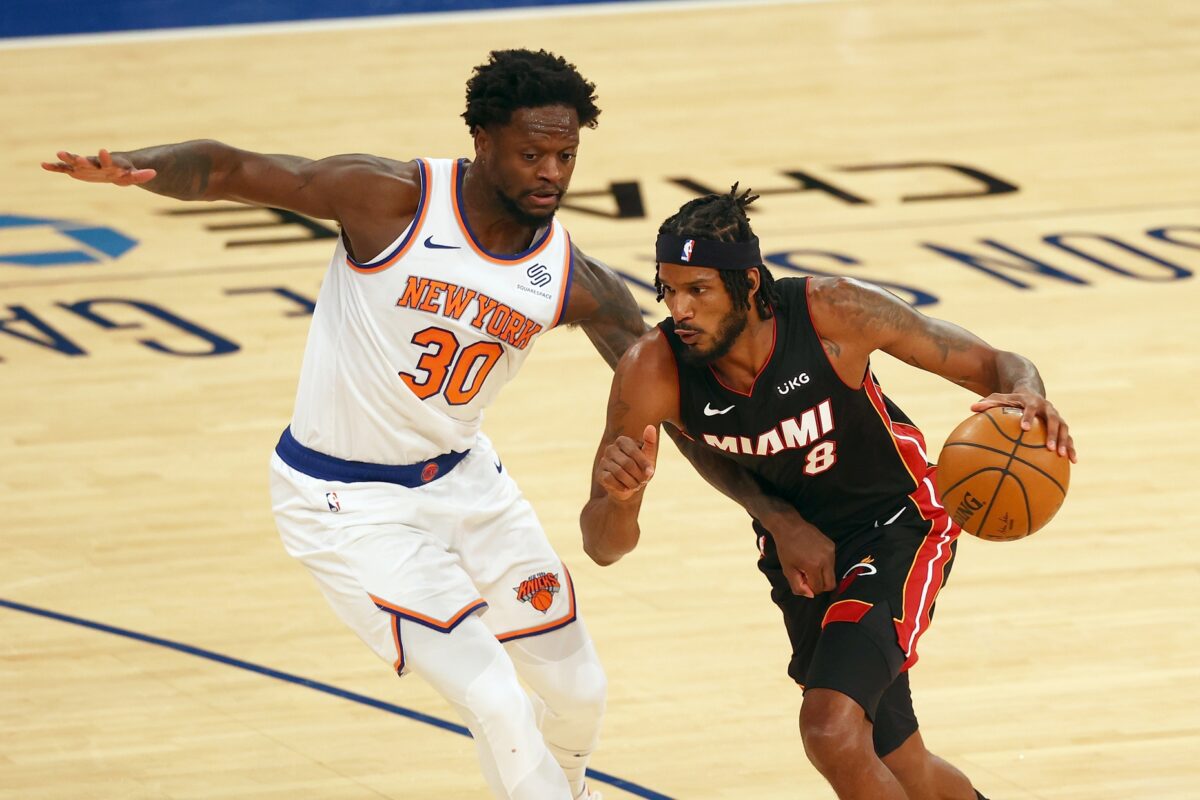 Miami Heat forward Trevor Ariza is getting a crash course in adapting to the Miami Heat, and he recently admitted that figuring out when to take a shot has been his biggest challenge thus far.

Trevor Ariza on toughest part of adjusting to role in Heat offense: "Knowing when to pull the trigger and shoot the ball. I think that's the biggest thing. I'm in between trying to run an offense and passing up open looks."

The 35-year-old Ariza was acquired by the Heat two weeks ago from the Oklahoma City Thunder in an effort to bolster the Heat’s push to again go deep into the postseason.

Adapting to new teams is something that the well-traveled Ariza should be used to, considering that Miami is the 10th different team that he’s played for since beginning his NBA career in 2004.

In six games with the Heat, Ariza has started three contests and is averaging 6.2 points, 4.7 rebounds and 1.7 assists per game.

Since joining the Heat, his shooting touch is still a work in progress, with disappointing averages of 30.2 percent from the field and just 21.7 percent from beyond the arc. Such numbers are down considerably from his career field-goal percentage of 42.2 percent and his 3-point career percentage of 35.1 percent.

Ariza, like his Heat teammates, is more concerned right now with simply getting wins, with the Heat having broken a frustrating six-game losing streak on Monday night.

The Heat will look to make it two straight wins with a road clash against the Indiana Pacers on Wednesday evening.