The Evolution of Miami Heat Uniforms throughout Franchise History 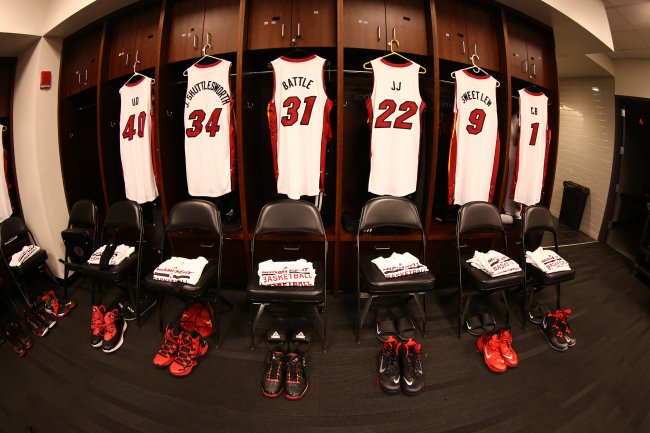 In the 2012-2013 season the Heat unveiled their “White Hot” jersey, the first of a series of solid color schemes, as a new home alternate to promote their dual championship runs. The uniform resembles the Heat’s current all-white home uniform, but the lettering, numbers, and logos are traced in black. They also released an all black away jersey, with black lettering and a white outline; the opposite of the “White Hot” jersey. As a final installation to the solid color scheme, the Heat wore an all-red uniform introduced on Christmas Day in 2013. The uniform is usually referred to as “Big Color” and features all white lettering.