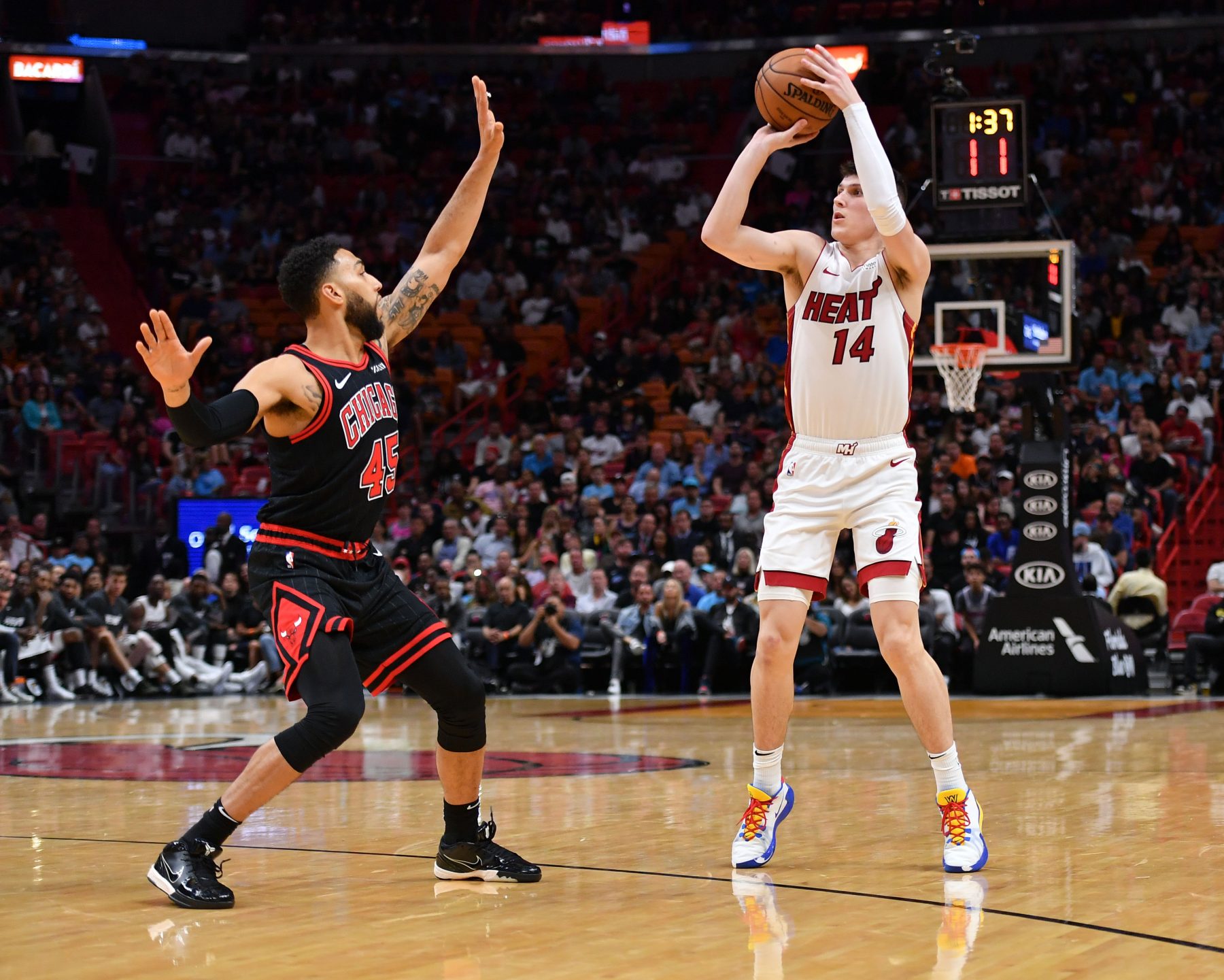 Miami Heat rookie Tyler Herro came through in the clutch in Sunday’s victory over the Chicago Bulls.

He scored the Heat’s last 11 points including a go-ahead 3-pointer at the end of the overtime period. As it turns out, that clutch effort is nothing new for Herro.

In the first 23 games of Herro’s NBA career, he has proven to become one of the most clutch rookies this season.

Andre Fernandez of The Athletic broke down Herro’s clutch factor shortly after the Heat defeated the Bulls.

“In clutch shooting situations (defined by the NBA as games with a five-point difference or less in the final five minutes of regulation and overtime), Herro ranks second in scoring among rookies (3.2 points) behind Ja Morant (3.9),” Fernandez wrote. “Herro also ranked fifth in field goal percentage (55.6) and leads in 3-pointers made (0.8 average).

“Herro, who has played in five such games this season, ranks second in plus/minus (+4.0) among rookies behind only the Pacers’ Goga Bitadze, who had only played one clutch game entering Sunday night.”

Despite Herro’s clutch efforts so far this season, he is still coming off the bench for the Heat. However, fans won’t hear him complaining anytime soon.

He has expressed time and again a willingness to do whatever it takes to help his team win.

So far this season, he has played a large role in the Heat’s 17-6 start.

Heat fans should have nothing but excitement when it comes to what the future may hold for this young talent.