Report: Jimmy Butler Lists Miami Heat as Preferred Destination to Be Traded to 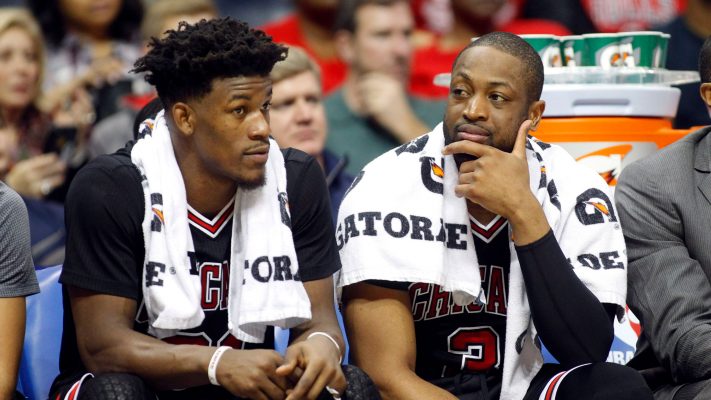 Minnesota Timberwolves superstar Jimmy Butler shook the NBA world on Wednesday as it was reported by Shams Charania of The Athletic that Butler is looking to be traded to one of three teams.

Jimmy Butler has requested a trade from the Minnesota Timberwolves, league sources tell me and @JonKrawczynski. Butler has given Minnesota a list of one-to-three teams with whom he's open to signing extension, in anticipation of trade.

According to another source, one of those three teams that the forward is looking to be traded to is the Miami Heat.

According to an NBA source, the Miami Heat are one of those teams. https://t.co/6kjZI3Hc6b

Heat shooting guard Dwyane Wade is actually close friends with Butler, so this doesn’t come as much of a surprise. In addition Heat team president Pat Riley is known for pulling off blockbuster deals when fans least expect it.

With a potential starting lineup of Goran Dragic, Wade, Josh Richardson, Jimmy Butler, and Hassan Whiteside, the Heat would be immediate contenders as top dogs in the Eastern Conference.
[xyz-ihs snippet=”HN-300×250-TextnImage”]